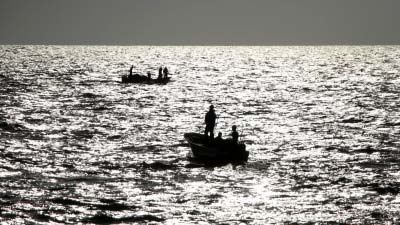 At least 10 persons were missing after two boats collided in the middle of Ganga River in Patna’s Shahpur locality, officials said on Monday.

The incident happened late on Sunday night and rescue operation was still continuing.

Officials said that around 55 persons had gone to the Gangahara island on the other side of the river to bring vegetables and food for cattle. While returning, their boat collided with another boat.

Sharif Alam, the SHO of Shahpur police station said: “They went to Gangahara island on Sunday night and returned from there around 8 p.m. Due to the strong current, the sailors of both the boats failed to control the boats, which resulted in the collision. 45 persons managed to swim to the shore while 10 are still missing. As it was late night, the SDRF team started the rescue operation but were unable to trace the missing persons.”

The missing have been identified as Khiladi Rai, Kumkum, Preeti, Aarti, Chathu Rai and others. A majority of the victims belong to the Daudpur village. Due to the monsoon session, the water level of Ganga is near the danger level mark.