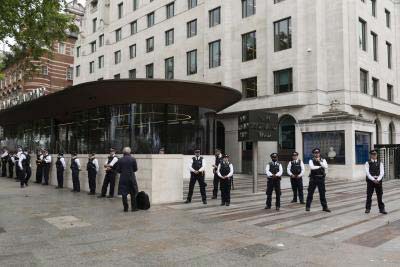 A total of 173 serving officers of London’s Metropolitan Police are under different stages of investigation for alleged domestic abuse, the media reported.

Of them, “152 are subject to live criminal or misconduct proceedings, and 21 officers have a case to answer for gross misconduct and are awaiting a hearing”, Xinhua news agency quoted the Evening Standard newspaper as saying on Thursday.

Back in February, the newspaper reported that nearly 150 officers had faced allegations of domestic violence against their spouses or partners in the last two years, with just 8 per cent of those charged with a crime.

These figures showed that “a rising number of police are subject to inquiries”, it noted.

In February, a report by the Independent Office for Police Conduct (IOPC) that oversees the police complaints system in England and Wales, published evidence of bullying and discrimination within the ranks of London’s Metropolitan Police.

“Disgraceful behaviour” by police officers, including racism, misogyny, harassment and the exchange of offensive social media messages, was highlighted in the report.