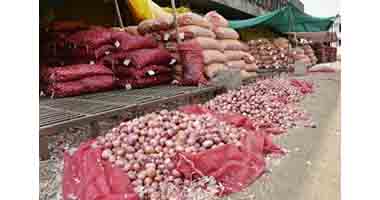 Onion prices in the upcoming lean season of the produce are unlikely to skyrocket as the Centre has procured 2.50 lakh tonnes of onion for the buffer stock in 2022-23.

Officials on Friday said this is the highest procurement as the onion buffer size in the current year is 0.50 lakh tonnes higher than the 2 lakh tonnes created during 2021-22. The onions were procured from the current rabi harvest for the price stabilisation buffer.

The stocks have been procured by National Agricultural Cooperative Marketing Federation of India (NAFED) from farmers through the Farmer Producer Organisations (FPOs) in rabi onion growing states of Maharashtra, Gujarat and Madhya Pradesh.

According to the Consumer Affairs Ministry, the stocks will be released through targeted open market sales and also offered to states/ Union Territories and government agencies for supplies through retail outlets during the lean months (August – December) to moderate price rise.

Open market releases will be targeted towards states/ cities where prices are increasing over the previous month and also in key mandis to augment the overall availability.

Officials of the Consumer Affairs department said that the price stabilisation buffer serves the twin objectives of providing remunerative prices to onion farmers and augmenting the availability of onions at affordable prices to the consumers.

Onion is a semi perishable vegetable and post-harvest losses due to physiological weight loss, rotting, sprouting etc. are estimated to be substantial. Rabi onion harvested during April – June accounts for 65 per cent of India’s onion production and meets the consumer’s demand till kharif crop is harvested from October-November.