2 dead, 10 missing in S.Korea after typhoon Hinnamnor moves away 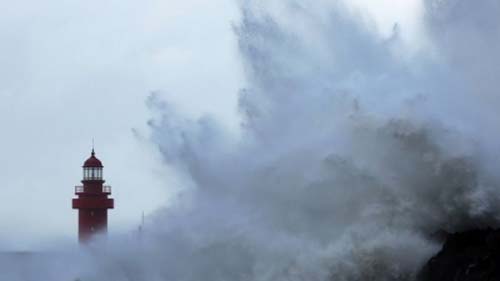 Two people were killed and 10 others remain unaccounted for after typhoon Hinnamnor moved away from South Korea, authorities said on Tuesday.

The 11th typhoon of this year brushed mainly through the country’s southeastern areas, where most of the casualties were reported, reports Xinhua news agency.

The typhoon moved out of the southeastern region early Tuesday morning.

One woman in her 70s was found dead in Pohang, about 270 km southeast of the capital Seoul, after she had been swept away by torrential waters.

In Pohang, eight people went missing after entering inundated underground parking lots to remove their cars, while another person remained unaccounted for after being swept away into rapid torrents.

Another woman in her 80s was left dead in Gyeongju, about 280 km southeast of Seoul, as she was buried in mud at a collapsed house.

In Ulsan, some 310 km southeast of Seoul, one 25-year-old man went missing after falling into a stream.

Another person was injured after being hit by a falling signboard in Siheung, some 30 km southwest of Seoul.

Eight commercial buildings and 71 houses were flooded across the country, while four houses were destroyed.

Eight landslides were reported, and over 200 public facilities were damaged.

Five fishing boats capsized, and 1,320 hectares of farmland were inundated in the aftermath of the typhoon.

Over 66,000 homes suffered power outages, while more than 2,900 people, mostly living in the southeastern region, were temporarily evacuated.

A total of 183 vessels on 122 domestic and international sea routes stopped sailing, and 251 flights were reportedly cancelled.