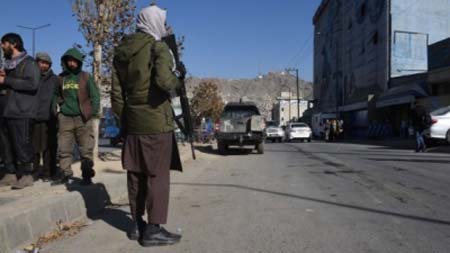 Two staffers of the Russian Embassy in Kabul were killed on Monday following a blast near the mission’s premises, the Foreign Ministry in Moscow has confirmed.

“At 10.50 a.m. on Monday, an unidentified attacker activated an explosive device right outside the entry to the Consulate Department of the Russian embassy in Kabul. Two embassy employees were killed in the attack, with several Afghan citizens injured,” Russia’s state-run TASS News Agency quoted the Ministry as saying.

In a statement, Kabul security department spokesman Khalid Zadran said that the suicide bomber was trying to blow himself up among the people who were gathered in front of the Russian embassy, but he was identified by security and targeted, which caused the blast, TOLO News reported.

According to Zadran, 10 people were also injured in the blast.

He said that the area has been cordoned off by security personnel.

The Russian Embassy in Kabul is yet to issue an official statement on the development.