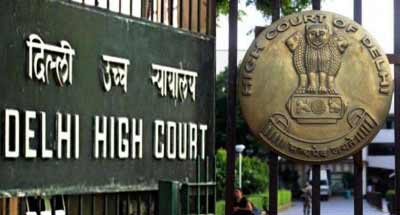 The Delhi High court on Wednesday dismissed an appeal challenging the Central Information Commission (CIC) order which denied details of the Supreme Court Collegium meeting held on December 12, 2018, in connection with the appointment of judges in the apex court.

Chief Justice Satish Chandra Sharma and Justice Subramonium Prasad held that the observations of the single judge did not require any interference and accordingly the appeal was turned down.

Last week, the court reserved the order after submissions of Advocate Prashant Bhushan appearing for the appellant, activist Anjali Bhardwaj. On March 30, the Delhi High Court turned down a plea challenging the CIC order which denied details of the collegium meeting.

The petition was challenging the CIC order which denied a Right to Information Act plea about the meeting that was not made public yet.

Seeking details of the Collegium, the petitioner filed the RTI application on February 26, 2019. However, the petitioner was informed that the information sought was held to be not proper by the First Appellate Authority (FAA) and therefore not relevant.

The plea referred to an earlier quote of former apex court judge Madan Lokur who had expressed his disappointment over the Supreme Court Collegium’s December 12, 2018 resolution of elevating Justice Pradeep Nandrajog and Justice Rajendra Menon to the Supreme Court not being put in the public domain.

As opposed to the December 12, 2018 collegium decision of which Justice Lokur was a part, the Collegium later recommended elevating Justices Dinesh Maheshwari and Sanjiv Khanna to the Supreme Court, superseding as many as 32 other judges triggering a controversy at that time.”

The then Collegium on December 12, 2018 took certain decisions. However, the required consultation could not be undertaken and completed as the winter vacation of the Court intervened. By the time the Court re-opened, the composition of the Collegium underwent a change. After extensive deliberations on 5th/6th January 2019, the newly constituted Collegium deemed it appropriate to have a fresh look at the matter and also to consider the proposals in the light of the additional material that became available,” the petition read.