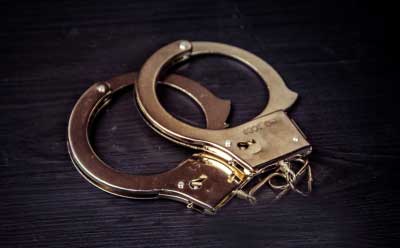 The Sultanpur police have arrested four persons for killing their friend who accidentally damaged their iPhone during a brawl.

The arrested persons have been identified as Saurabh Pathak, Aditya Singh, Yashwant Singh and Abhinav Singh. All of them are Staff Selection Commission (SSC) aspirants.

The four killed their friend Gaurav Singh on July 10.

Giving details, superintendent of police, Sultanpur, Somen Barma, said that the accused, in their interrogation, revealed that Gaurav had entered into a brawl with them sometime back over a trivial issue.

“During the brawl, Gaurav also damaged the iPhone of Saurabh. Infuriated over this, Saurabh first arranged for a country-made pistol with the help of his friend Yashwant and then shot Gaurav dead from behind near Patel Chowk crossing,” said Barma.

“Both the accused and the deceased studied in a government school for the last ten years. Gaurav used to bully them in connivance with his outside local friends. The accused were also beaten by him and he also snatched their money that they won from playing games at local level,” said Barma.

In the recent past also, the deceased had broken mobile phone of Aditya which he had bought on loan.

The SP said, “On the fateful day, the deceased was going alone, and taking advantage of it, Aditya shot him from a country-made pistol given by Yashwant.”

The accused were traced based on surveillance and CCTV footage and arrested on Thursday evening.