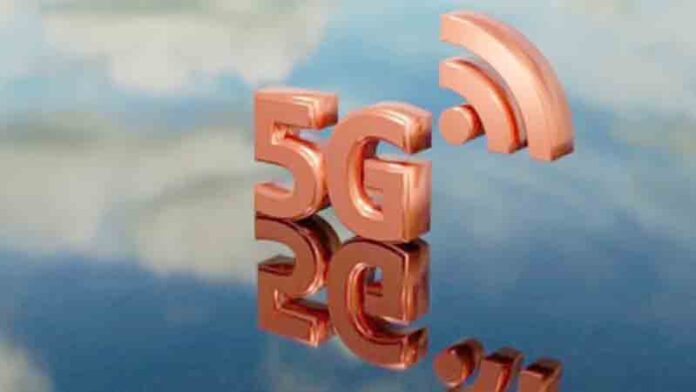 With the mega 5G spectrum auction (worth Rs 1.9 lakh crore) beginning from Tuesday amid the tussle over captive private 5G networks, Reliance Jio and Bharti Airtel are set to boost their market share as India prepares for a 5G era.
The four big players in the race — Reliance Jio, Bharti Airtel, Vodafone Idea and Adani group — having submitted a combined Rs 21,400 core in earnest money deposit (EMD), are ready with their war chests and strategies for the mega bid, that is likely to be around Rs 1.5 lakh crore if the last two auctions are kept in mind.
Reliance Jio Infocomm has submitted an EMD of Rs 14,000 while Bharti Airtel has put in Rs 5,500 crore.
In the 2021 auctions for 4G spectrum, Reliance Jio used 77.9 per cent of their earnest money deposit while Airtel used 87.7 per cent.
The 5G era will open 10 times faster than 4G and 30 times faster than 3G, allowing millions to have an experience never seen before. The 5G auction — entailing 72 GHz of the spectrum – will conclude by July-end and the rollout is expected by September this year.
The Department of Telecom has released a notice inviting applications (NIA) for the auction of spectrum in 600, 700, 800, 900, 1800, 2100, 2300, 2500, 3300 MHz and 26GHz bands. The NIA provides explicit clarity on the subject of Captive Non-Public Networks (CNPN).
The telcos are allowed to surrender spectrum that will be auctioned after a minimum period of 10 years from the date of acquisition.
Last month, in a big relief to telecom companies, the DoT scrapped the 3 per cent floor rate on spectrum usage charge (SUC).
5G in India will empower tech companies, enterprises and ecosystem players to build private networks and bring next-generation digital transformation which is critical for the country to achieve the goal of becoming a $1 trillion digital economy, according to industry leaders and experts.
According to Broadband India Forum (BIF), this will lead to better efficiencies, productivity and output for the enterprises, accelerate digitisation, boost capabilities, propel indigenous manufacturing and eventually garner greater economic gains for the country.
“As we look to cement India’s position as a global hub for manufacturing, supply chain and R&D, as well as one of the leading digital economies across the world, the advancement of enterprises through dedicated captive private 5G networks will help gain efficiencies in all vital industry verticals,” BIF President T.V. Ramachandran said.
Private 5G networks are about the deployment of high speed, enhanced data capacity, and ultra-low latency applications inside a closed manufacturing unit, hospital, airport, shipping port, etc.
The Cellular Operators Association of India (COAI), the industry’s apex body representing telcos, has urged the government not to allow Big Tech companies to enter the 5G spectrum auction via back door channels.
The COAI said that the 5G spectrum should not be provided on an administrative basis as it leads to no business case for the rollout of 5G networks in the country.
“If the independent entities set up private captive networks with direct 5G spectrum allotment by Department of Telecommunications (DoT), it will diminish the revenue so much that there will be no viable business case left for the telecom service providers (TSPs) and there will not remain any need for 5G networks rollout by TSPs,” COAI Director General, Lt. Gen. Dr S.P. Kochhar, said.
With the 5G auctions, India is one step closer to realising a 5G-led future, with a strong base of 5G-capable devices already in place.