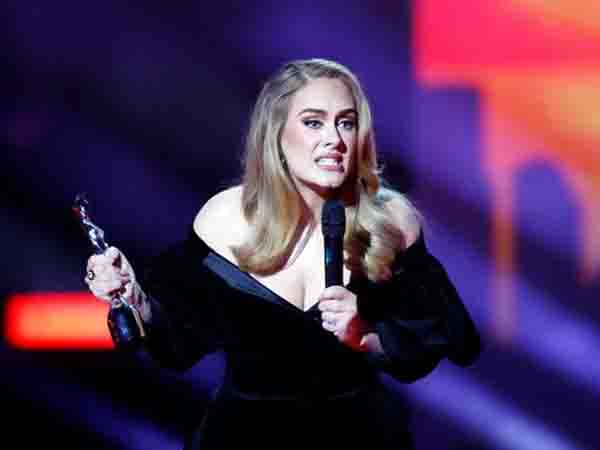 Adele dominated February 8 BRIT Awards 2022, taking home three awards at the London ceremony.
The event was hosted by Mo Gilligan for the first time, while the show did not hand out trophies in gendered categories. Instead, they were replaced by Artist Of The Year and International Artist Of The Year fields.
Four new genre categories were also been added – Alternative/Rock Act, Hip-Hop/Grime/Rap Act, Dance Act and Pop/R’N’B Act – which fans were able to vote for via TikTok.
Adele, Sheeran, Little Simz and Dave led the nominations going into the night with four nods each. All of the aforementioned artists were in the running for Artist Of The Year, alongside Sam Fender, with Adele taking home the trophy. She also picked up the awards for Album Of The Year and Song Of The Year.
The ceremony featured performances from the likes of Fender, Sheeran, Liam Gallagher, Adele, Dave, Holly Humberstone and Little Simz. Doja Cat was due to perform too, but was forced to cancel her appearance after members of her crew tested positive for COVID-19.
This year’s BRIT Awards nominations list features the most female nominees in over a decade. Across the 13 categories, 18 female artists or all-women groups were nominated – just a few short of the 22 female acts who were given nods in 2010.
The complete list of 2022 BRIT Awards winners:
Artist of the Year: Adele
Group: Wolf Alice
BRITs Rising Star: Holly Humberstone
Best New Artist: Little Simz
Mastercard Album of the Year: Adele (30)
Best Rock/Alternative Act: Sam Fender
Best Hip Hop/Grime/Rap Act: Dave
Best Dance Act: Becky Hill
Best Pop/R&B Act: Dua Lipa
International Artist: Billie Eilish
International Group: Silk Sonic/Bruno Mars/Anderson .Paak
International Song of the Year: Olivia Rodrigo
Songwriter of the Year: Ed Sheeran
Producer of the Year: Inflo

Unemployment menace in the state