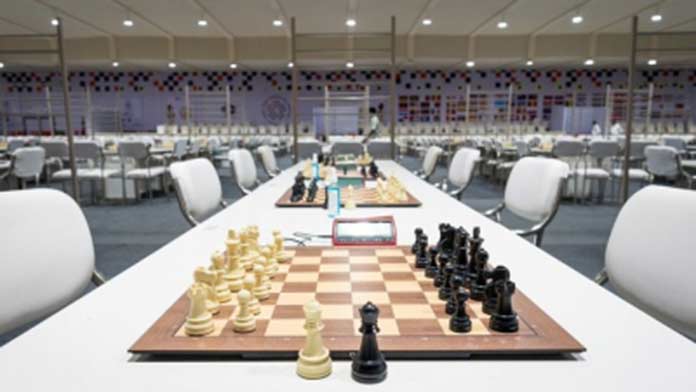 The All India Chess Federation (AICF) on Monday appointed Vipnesh Bhardwaj as its interim secretary as the Delhi High Court reiterated its earlier decision of removing Bharat Singh Chauhan from that post, said a top official.
Bhardwaj has been appointed as the secretary of AICF following the Delhi High Court order, Sanjay Kapoor, president, told IANS. As per the AICF’s by-laws, the vacancies of office-bearers that may arise by resignation, death or otherwise shall be filled by the president and such nominated person shall hold the office till the next General Body meeting.
On June 2, 2022, the court had declared the election of Chauhan as null and void as it violated the National Sports Development Code. The petition was filed by R.N. Dongre, the rival contestant. Later, the Supreme Court, citing the impending Chess Olympiad to be held in India, allowed Chauhan to continue as the secretary till Aug 15, 2022. The apex court said the high court will pass a fresh order after giving opportunities to all concerned within four weeks. Chauhan stood for re-election and as per the National Sports Development Code, an office-bearer for a second successive tenure should secure a majority of not less than two-third of the votes polled.
In case of default, the candidate would be deemed to have lost the elections and the position would thereafter be filled by normal procedure from amongst candidates other than the office-bearer seeking re-election. “The court had said the vacancy should be filled as per the National Sports Development Code. And as per that, I am the AICF secretary legally,” Dongre claimed to IANS.
“When the point was raised in the court, it said any claimant for the position of AICF secretary can approach it,” Sanjay Chadha, advocate for Chauhan told IANS. Chadha said, the National Sports Development Code has said that only a member of an association — state or national — can stand for election and Dongre was not a member of any state/district chess association.
Countering that, Dongre said: “Nowhere in the Code there is a mention that only a member can stand for election. The Code states that the contestant should be nominated by the state association.”
Meanwhile, the AICF has called an urgent General Body Meeting online at 8.30 p.m. on Tuesday to discuss the issue and the future course of action.