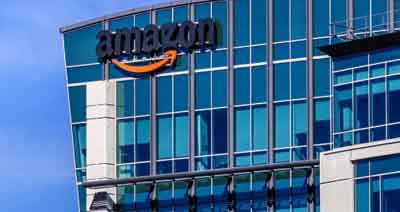 Amazon on Tuesday said it has filed legal action against the administrators of more than 10,000 Facebook groups that attempt to orchestrate fake reviews on the platform in exchange for money or free products.

The e-commerce giant said that it will use information discovered in the legal action to identify bad actors and remove fake reviews commissioned by these fraudsters that haven’t already been detected.

These groups are misleading reviews on Amazon’s stores in the US, the UK, Germany, France, Italy, Spain and Japan.

The fraudsters behind such groups solicit fake reviews for hundreds of products, including car stereos and camera tripods.

One of the groups identified in the lawsuit is “Amazon Product Review,” which had more than 43,000 members until Meta took down the group earlier this year.

Amazon’s investigations revealed that the group’s administrators attempted to hide their activity and evade Facebook’s detection, in part by obfuscating letters from problematic phrases.

The company said it strictly prohibits fake reviews and has more than 12,000 employees around the world dedicated to protecting its stores from fraud and abuse, including fake reviews.

Of these, Meta has taken down more than half of the groups for policy violations and continues to investigate others.

“The nefarious business of brokering fake reviews remains an industry-wide problem, and civil litigation is only one step,” said the company.