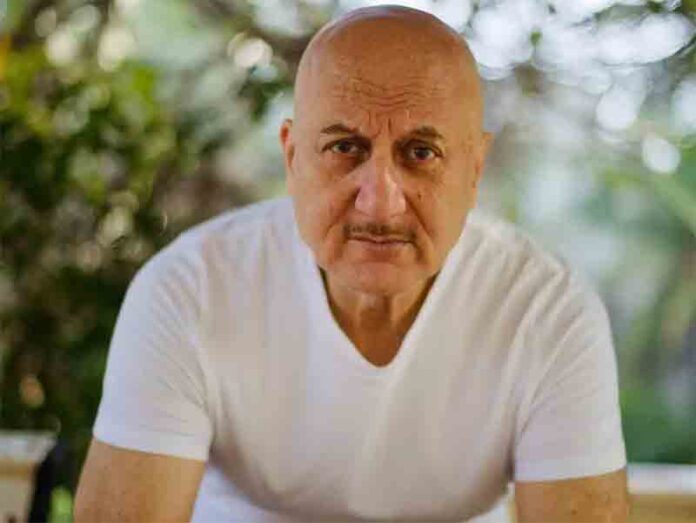 National award-winning actor Anupam Kher who is busy shooting his next film ‘Kaagaz 2’ got injured on the set of the film, but after taking a brief break, the actor resumed work the very same day.
Kher was shooting an intense scene when he hurt his head. A source revealed that “It was an intense courtroom scene and Anupam sir was totally engrossed in it but somehow things turned a little concerning as he hit his head on the table. Darshan Kumaar and Satish Kaushik were also present on the sets and when Anupam sir got injured, everyone just ran to him. People were checking to see if any bleeding was there, fortunately, it was not that serious. He was injured but no bleeding.”
Then the source further added that after a brief break and applying ice on the injury, he returned to shoot the scene. However, when Kher returned to the set, realising everyone is worried about his injury, he started cracking jokes to lighten up the situation.
“Anupam sir resorted to his signature sense of humour to make the whole situation lighter by cracking jokes and making sure everyone was left smiling. The shooting went well,” shared the source.
The film Kagaaz 2 is directed by V.K. Prakash and it is a remake of the Malayalam film, produced by Satish Kaushik.

Rio calls for befitting celebration to mark 75 years of independence