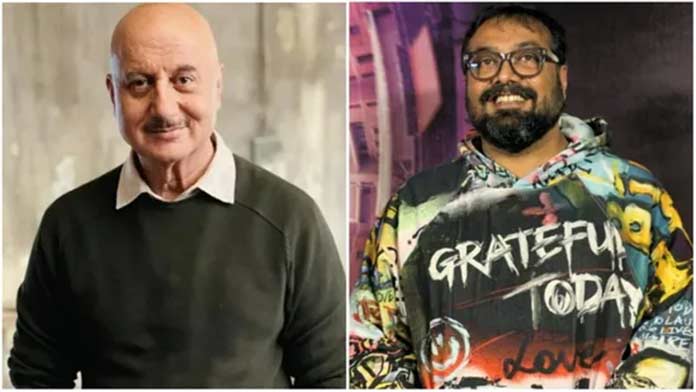 Anupam Kher, whose film The Kashmir Files is the highest-grossing Hindi film this year, has shared his thoughts on why Bollywood films have majorly failed to perform at the box office while South Indian films have become blockbusters in the same time period. The actor said that it’s because South films prioritize content while Bollywood films focus on stars.
Anupam’s latest film Karthikeya 2, which left Laal Singh Chaddha and Dobaaraa behind at the Hindi box office, is a Telugu film starring Nikhil Siddhartha in the lead role. Anupam praised the approach of South Indian films in a new interview about the film.
In a conversation with ETimes, Nikhil spoke about the need to keep a tab on the audience’s pulse to make relevant movies. To this, Anupam added, “You make things for consumers. (Problem starts) the day you start looking down on consumers, that, ‘we’re doing you a favour by making a great film. Now you are watching a great film.’ Greatness is achieved by a collective effort and that I have learnt by doing films in Telugu…I just did another film in Telugu, I did a film in the Tamil language, I’m going to do a Malayalam film.” The actor added, “I think over there, I’m not differentiating between the two but I think (their) cinema is relevant because they are not aping Hollywood. They are telling stories, over here we are selling stars.” Karthikeya 2 is a mystery adventure film written and directed by Chandoo Mondeti, the sequel to the 2014 film Karthikeya. The plot follows Nikhil’s Dr Karthikeya who is on a quest to find the lost anklet of Lord Krishna. Anupam, who has a supporting role in the film, had celebrated its success in a post on his Instagram account writing, “Meri to nikal padi dosto (I am on a roll) The Kashmir Files ke baad meri Karthikeya 2 film bhi blockbuster hai!! (After The Kashmir Files, my fil Karthikeya 2 is also a blockbuster).”