Assam govt fails to submit affidavit on encounters in HC 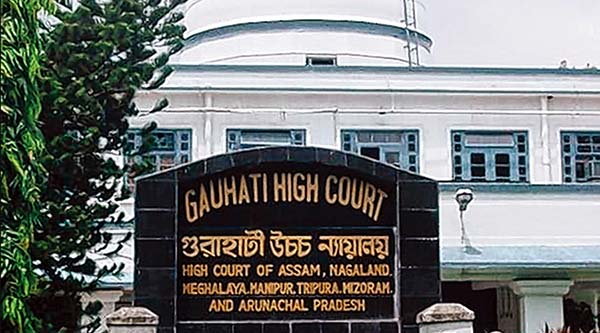 The Assam government on Tuesday failed to submit a detailed affidavit on the police encounters as sought by the Gauhati High Court which allowed the authorities more time for it and deferred hearing of the case to February 8.On January 11, the high court had asked the state government to file the affidavit on the police encounters that have been taking place since the BJP returned to power in May last year.
Hearing a public interest litigation, a division bench comprising Chief Justice Sudhanshu Dhulia and Justice Soumitra Saikia accepted the government’s plea to grant it more time.
“The affidavit is not complete yet and is still being prepared. We sought some time and the court gave us 10 more days,” Assam Advocate General Devajit Lon Saikia told PTI.
The bench fixed February 8 as the next date of hearing of the case.
The high court had asked the Principal Secretary (Home), Secretary (Home) or Additional Secretary (Home) of the Government of Assam to file the detailed affidavit on the alleged fake encounters.
Besides the Assam government, state police DGP, law and justice department, National Human Rights Commission and Assam Human Rights Commission have been named as respondents in the petition filed by advocate Arif Md Yeasin Jwadder. The petitioner sought an enquiry into the encounters by an independent agency such as CBI, SIT or any police team from other states under the supervision of the Court.
He has also sought a judicial enquiry by a sitting Judge of the Gauhati High Court in the incidents and monetary compensation to the victims’ families after due verification.
Jwadder claimed in the PIL that more than 80 fake encounters between Assam Police and alleged accused have taken place since May last year, when Chief Minister Himanta Biswa Sarma took charge, resulting in 28 deaths and more than 48 injuries. The people killed or injured were not dreaded criminals and the modus operandi of the police has been the same in all the encounters, the PIL claimed. The petitioner doubted the police statement published in newspapers which said that the force had to retaliate in self-defence as the accused had tried to snatch service revolvers of the personnel.
Earlier, the petitioner had filed a complaint about the alleged fake encounters with the National Human Rights Commission (NHRC) in July last year.
The NHRC in November 2021 transferred the case to the Assam Human Rights Commission, which had also taken suo motu action on the alleged fake encounters and asked for a report from the state Government.