BJP Nagaland homage to PM on his 72nd birthday 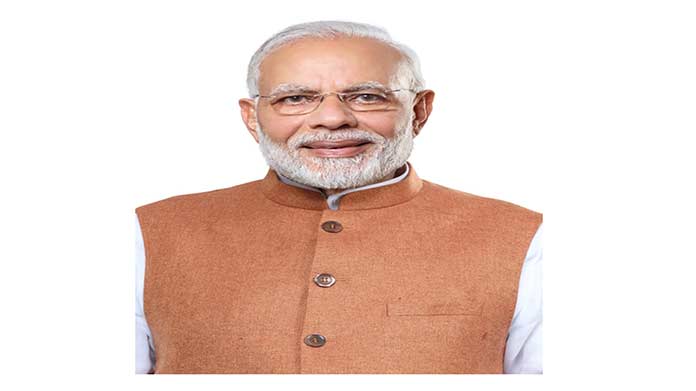 History was scripted in the forecourt of Rashtrapati Bhawan on the evening of 26th May 2014, as Narendra Modi took oath as the Prime Minister after a historic mandate from the people of India. In Narendra Modi, the people of India saw a dynamic, decisive and development-oriented leader who has emerged as a ray of hope for the dreams and aspirations of a billion Indians. His focus on development, eye for details and efforts to bring a qualitative difference in the lives of the poorest of the poor have made Narendra Modi a popular and respected leader across the length and breadth of India.
Narendra Modi’s life has been a journey of courage, compassion and constant hard work. At a very young age, he had decided to devote his life in service of the people. He displayed his skills as a grass root level worker, an organiser, and an administrator during his 13 years long stint as the Chief Minister of his home State of Gujarat; where he ushered a paradigm shift towards pro-people and pro-active good governance.
Formative years
Narendra Modi’s inspiring life journey to the Office of Prime Minister began in the by-lanes of Vadnagar, a small town in North Gujarat’s Mehsana district. He was born on the 17th of September 1950; three years after India had gained its Independence. This makes him the first Prime Minister to be born in independent India. Mr. Modi is the third child born to Damodardas Modi and Hiraba Modi. Mr. Modi comes from a family of humble origins and modest means. The entire family lived in a small single storey house which was approximately 40 feet by 12 feet.
Narendra Modi’s formative years taught him early tough lessons as he balanced his studies, non-academic life to spare time to work at the family owned Tea Stall as the family struggled to make ends meet. His school friends remembered that as a child, he was very industrious and had an affinity for debates and a curiosity to read books. Schoolmates recollect how Mr. Modi used to spend many hours reading in the local Library. As a child he was also fond of swimming.
Mr. Modi’s thoughts and dreams as a child were quite ahead from many children of his age group. Perhaps, it was the influence of Vadnagar which once used to be a vibrant centre of Buddhist learning and spirituality many centuries ago. As a child, he always felt a strong urge to make a difference in the society. He was highly influenced by the works of Swami Vivekananda which laid the foundation of his journey towards spiritualism, and has inspired him to pursue his life mission.
At the age of 17, he left home to travel across India. For two years, he travelled across the expansive landscape of India exploring various cultures. When he returned home he was a changed man with a clear aim of what he wanted to achieve in life.
While continuing to shoulder different responsibilities within the Sangh during the 1980s Narendra Modi emerged as an Organizer exemplar with his organizing skills. In 1987 a different chapter began in the life of Mr. Modi when he started work as the General Secretary of the BJP in Gujarat. In his first task Mr. Modi won a victory for the BJP in Ahmedabad Municipal Corporation elections for the first time ever. He also ensured that the BJP delivered a tough blow to the Congress in the 1990 Gujarat Assembly elections. In the 1995 Assembly elections, Mr. Modi’s organizational skills ensured the BJP’s vote share increased, and the party won 121 seats in the Assembly.
Mr. Modi worked as the National Secretary of BJP from 1995 looking after party’s activities in Haryana and Himachal Pradesh. As BJP’s General Secretary Organisation, he worked to ensure that BJP won the 1998 Lok Sabha elections. It was in September 2001 that Mr. Modi received a phone call from then Prime Minister Vajpayee which opened a new chapter in his life – taking him from the rough and tumble of Organizational Politics to the world of Governance.
Years in governance
Narendra Modi’s evolution from quintessential Organization Man of the BJP to one of India’s best-known leaders recognized for his Good Governance over a span of a decade, tells a story of grit, determination and Strong Leadership in the face of great adversity. Narendra Modi’s transition from the world of Political Organization to the realm of Administration and Governance neither had the luxury of time nor the benefit of training. Shri Modi had to learn the ropes of Administration while on the job right from day one. Narendra Modi’s first 100 days in office offer a glimpse of not just how Shri Modi made that personal transition; but these 100 days also offer a glimpse of how Shri Modi brought unconventional thinking and out of the box ideas to shake status-quo and reform Governance.
Narendra Modi’s path to creating a Vibrant Gujarat is a shining example of Development and Governance that did not come easy. It was a path littered with adversities and challenges. Shri Narendra Modi’s approach to governance has always been viewed as being above politics. Shri Modi never let political differences get in the way of pursuing solutions to developmental challenges. (To be continued…)
State Media Cell
BJP Nagaland