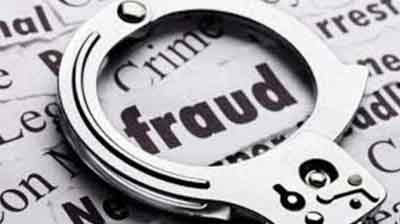 The categorisation of loans as “Fraud” is a compliance overreach which in the process is destroying billions of underlying business value, industry sources have said.

This tagging also violates the principle of natural justice as banks are a party in the transaction, hence have vested interest.

Also, the industry questions how only one of the two parties in a contract have the power to label the other as fraud, and not vice versa.

In the case of auditors, one sided view cannot be allowed to destroy a corporate, in isolation of specific business practices and functioning norms, sources said.

As per law only the judiciary is empowered to “decide” and declare anything as fraud that too after following due process of law.

Banks’ declaration to every defaulting company as fraud is causing immense reputational damage to the business environment and impacts resolution and recovery for stakeholders.

As soon as one bank declares a loan fraud, all participating banks are obligated to follow suit fearing future non-compliance. This triggers a chain reaction and has a cascading effect on operations as funds dry up thereby completely breaking the business cycle leading to erosion and finally closure.

“Definition, inclusion and imposition of fraud is constitutionally vague and ambiguous – resulting in arbitrary and discriminatory proceedings. It can just mean anything the investigating agency wants it to mean”, sources said. “There is a minute difference between cheating and breach of contract. Intent is key differentiator.”

“How can banks and auditors have excessive power to give a ‘verdict’ without due judicial process”, sources said.

“This is a case of Guilty till Proven Innocent, an antithesis to judicial norms”. Governments have been the biggest defaulter in most cases, especially in utilities and infrastructure. Does that mean they can be termed as fraud? sources said.

Solution to this mass destruction of value and wealth can be easily curtailed if the parties involved can take their cases to regulators or judiciary and let them categorise loans accordingly – after following due process.

Banks officials and audit agencies should not be having this power to label anything as fraud and at best they can red flag particular transactions and leave the courts to decide, sources said.