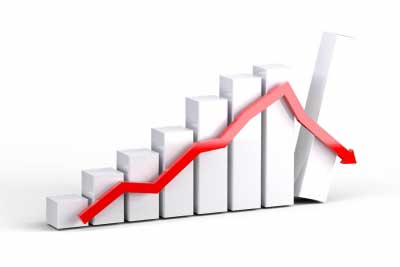 Issuances of certificates of deposit (CD) fell sharply just over 38 per cent month-on-month in July to Rs 51,240 crore, as most banks remained on the sidelines after borrowing heavily in June.

According to data from Prime database showed, banks raised Rs 51,240 crore in July through CDs, as compared to Rs 83,215 crore in June. Whereas, in this calendar year, banks raised highest amount in March worth Rs 87,620 crore.

“In the month of June, the banks have borrowed heavily amounting to Rs 83,000 crore through CD issuance. However, we saw a dip in the month of July. Possibly the market must have reacted to volatile yield movements due to external factors,” said Venkatakrishnan Srinivasan, founder and managing partner at Rockfort Fincorp, a Mumbai-based debt advisory firm.

Banks are rushing to the market to raise funds through CDs after surplus liquidity in the banking system started reducing and rise in credit off-take.

Surplus liquidity in the banking system has reduced from Rs 2.76 lakh crore in the start of July to around Rs 50,000 crore by the end of the month. This has also led to sharp rise in yields on these instruments.

Yields on short-term debt instruments has seen a sharp rise of around 50-70 basis points after liquidity started reducing and hope of further rate hike by the Reserve Bank of India (RBI).

Market participants said banks is expected to increase the CD issuances for their short-term needs as liquidity surplus is falling and credit off-take has risen. The rates are also expected to rise and post policy the rates will get more clarity.

“Post RBI policy, market expects more clarity on yield movement and the liquidity scenario. As the market expect 35-50 bps repo hike in the ensuing policy, we expect the short-term rates to increase further due to dip in liquidity as banks will continue to issue CDs besides continuous issuances of T-Bills and CPs,” Srinivasan added.