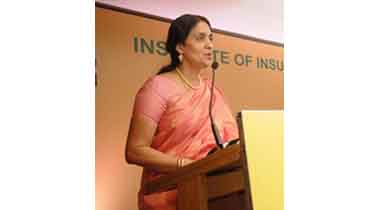 A special court on Monday extended by four days the remand of Chitra Ramkrishna, former CEO and MD of National Stock Exchange (NSE) in connection with the prevention of money laundering case related to the phone tapping of NSE’s employees between 2009 and 2017.

She was produced before Rouse Avenue Court by the Enforcement Directorate (ED) after the expiry of her custodial remand. The probe agency argued before the court that they wanted to confront her with others and hence needed more time.

After hearing the argument of both the sides, the court extended her custodial remand by four days.

“Money was laundered in phone tapping. The payments made in the phone tapping is alleged proceeds of crime. There are shell companies. We want to know who was handling the entire operation,” said a source.

The ED’s case is on the basis of the CBI’s FIR. This case was lodged by the federal probe agency at the directions of Union Ministry of Home Affairs (MHA).

Earlier, the CBI had recorded the statement of former Mumai police commissioner Sanjay Pandey in this connection. Statement of Pandey was recorded at CBI’s Mumbai based headquarters. After the questioning, he was let go. The Central Bureau of Investigation (CBI) had also conducted raids in Mumbai, Pune and in several other parts of the country in this connection.

ED said they were looking into the matter.

Nitish serving last term as CM,will not get the chair again: Giriraj