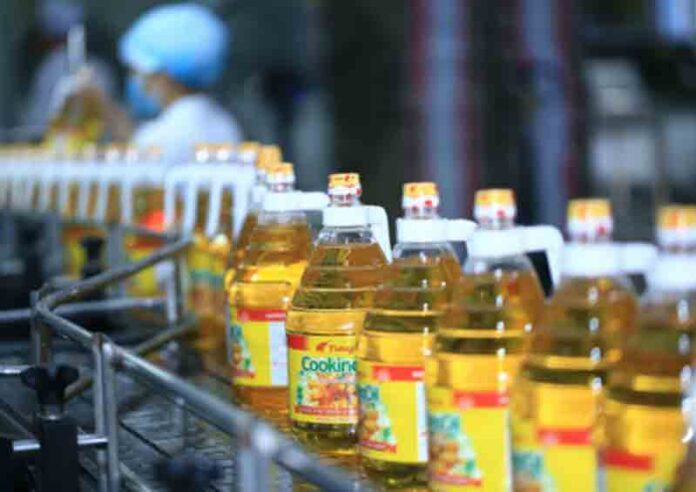 Amid a fall in global prices, the government on Wednesday directed edible oil manufacturers to further cut the maximum retail price (MRP) of imported cooking oils by up to Rs 10 per litre within a week, and maintain a uniform MRP of the same brand of oil across the country.
As India imports more than 60 per cent of its edible oil requirement, retail prices came under pressure in the last few months taking cues from the global market. However, there has been a correction, resulting fall in global prices.
Edible oil makers had cut prices by up to Rs 10-15 per litre last month and prior to that had also reduced the MRP taking cues from the global market.
Taking note of a further drop in global prices, Food Secretary Sudhanshu Pandey called a meeting of all edible oil associations and major manufacturers to discuss the current trend and pass on the falling global prices to consumers by reducing the MRP.
“We made a detailed presentation and told them that global prices have declined by 10 per cent in last one week alone. This should be passed on to consumers. We have asked them to reduce the MRP,” Pandey told PTI after the meeting.
Major edible oil makers have promised to reduce the MRP by up to Rs 10 per litre by next week in all imported edible oils like palm oil, soyabean and sunflower oil, he said and added, once the prices of these edible oils are reduced, the rates of other cooking oils will also get reduced.
Besides this, the Secretary asked the manufacturers to maintain a uniform MRP of the same brands of cooking oils across the country as currently there is a difference of Rs 3-5 per litre in different zones.
“At present, there is Rs 3-5 per litre difference in MRP of same brands sold in different zones. When transportation and other costs are already factored in the MRP, there should not be difference in MRP,” he said and shared the companies have agreed on this issue.
The third issue discussed in the meeting was rising consumer complaints against edible oil brands regarding unfair trade practices.
The Secretary said some companies are writing on the package that edible oil is packed at 15 degrees celsius. At this temperature, oil expands and weight gets reduced.
Ideally, they should pack at 30 degrees celsius. By packing at 15 degrees celsius the oil expands and weight gets reduced. But the reduced weight is not printed on the package, which is unfair trade practice.
For instance, the companies are printing stating that edible of 910 gram is packed at 15 degrees celsius, but the actual weight would be less at 900 gram, he explained.
The Consumer Affairs Ministry is also seized of the matter, he added.
On July 6, all India average retail price of palm oil was Rs 144.16 per kg, sunflower oil at Rs 185.77 per kg, soyabean oil at Rs 185.77 per kg, mustard oil at Rs 177.37 per kg and groundnut oil at Rs 187.93 per kg, according to the Consumer Affairs Ministry data.