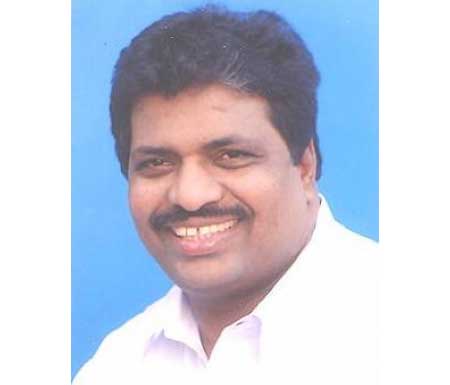 Congress MP K. Suresh on Monday gave adjournment notice in Lok Sabha on issue of alleged toppling of government in Jharkhand in which three Congress MLAs were caught with huge cash in West Bengal. Later, the party suspended the three MLAs.

Addressing a press conference on Sunday, Jharkhand Congress in-charge and party’s general secretary Avinash Pandey said that the top leadership of the party has taken this decision in view of the allegations against the three MLAs.

On Saturday evening, three Congress MLAs from Jharkhand- Dr. Irfan Ansari, Rajesh Kachhap and Naman Vixal Kongadi- were caught with bags of notes at Rani Haat of Panchla police station under Howrah district of West Bengal. When the notes were counted, the total amount was found to be Rs 48 lakh. These three MLAs were travelling in an SUV along with two other associates.

On the basis of intelligence inputs, the West Bengal police caught them during checking. This SUV had the board of Jamtara MLA of Jharkhand. It is reported that the three MLAs who were taken into police custody could not give clear information about the cash found from the vehicle.

Earlier, the the Congress alleged that ‘operation lotus’ stands exposed, which is meant to topple the alliance governments in the state.

The Congress has sought a report from its state unit.

“The game plan of ‘Hum Do’ in Delhi is to do in Jharkhand what they did in Maharashtra by installing E-D duo,” tweeted Jairam Ramesh