Coronaviruses can survive on frozen meat for a month 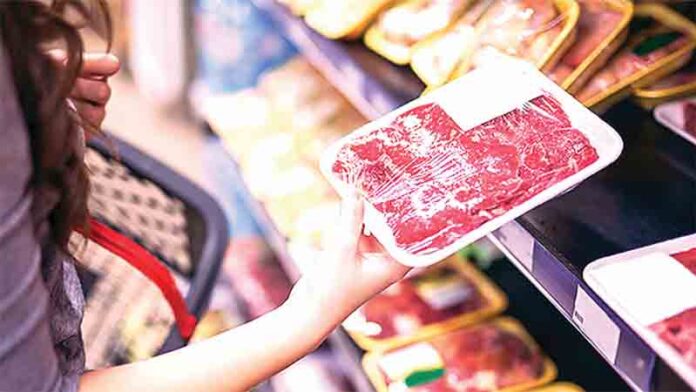 A new study suggests that cousins of the SARS-CoV-2 virus can survive on frozen meat and fish for up to 30 days.
The research — prompted by COVID outbreaks in Asia in which packaged meat was suspected as the virus’ source — was conducted on frozen chicken, beef, pork and salmon. The findings were published June 11 in Applied and Environmental Microbiology , a journal of the American Society for Microbiology.
“Although you might not store meat in the fridge for 30 days, you might store it in the freezer for that long,” said first author Emily Bailey, assistant professor of public health at Campbell University in Buies Creek, N.C.
Her team conducted its research without use of the actual coronavirus that causes COVID-19. Instead, researchers relied on surrogate viruses with similar protein spikes.
These similar viruses were placed on frozen meat and fish, which was then stored in both refrigerator temperatures (39.2 degrees Fahrenheit) and freezer temperatures (-4 F.)
“We even found that the viruses could be cultured after [being frozen for] that length of time,” Bailey said in a journal news release.
Researchers said their findings are significant because SARS-CoV-2 can reproduce in the gut, not just in the respiratory tract where most people feel its effects. Three virus strains were used as surrogates in the study, including two animal coronaviruses. All three have been used as stand-ins in previous studies of SARS-CoV-2.
The researchers found that the viruses didn’t fare as well in refrigerated temperatures as in freezer temperatures. The numbers also differed by food item.
They said this study underlines the importance of rigorous sanitation in the harvest, transport, packaging and distribution of food products.
“Continued efforts are needed to prevent contamination of foods and food processing surfaces, worker hands, and food processing utensils such as knives,” the authors wrote, adding that the disinfection of foods prior to packaging also needs to be addressed. (By Ellie Quinlan Houghtaling HealthDay Reporter)

Pursued those who cheated banks: FM

Water being drained out after breach in MP dam wall, need not worry: Chouhan