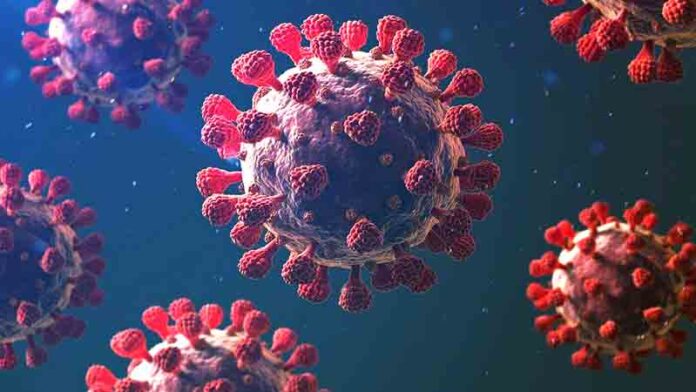 With COVID cases on the rise in several states across the country, the North-eastern states have also shown a rise in COVID cases the last few days. Assam recorded the highest number of cases in the last 5 months with 273 cases on Friday, while Mizoram has also consistently shown number of new cases near or above 100 cases a day. States like Arunachal and Sikkim have also shown a sudden increase in COVID cases.
Assam logs 273 fresh COVID-19 cases
Assam recorded the highest single-day spike in COVID-19 cases in around five months as 273 more people tested positive for the infection in the last 24 hours, a health bulletin said.
The northeastern state also recorded a fresh fatality due to coronavirus after several days.
The caseload of the state, which is witnessing a surge in COVID-19 cases since mid-June after a lull of four months, has risen to 7,25,950.
The 200-mark in daily infections was breached after nearly five months on July 6 when 210 cases were detected with the positivity rate at 10.14 per cent.
The state had logged 196 new cases on Friday with the positivity rate as high as 11.15 per cent.
The lone fatality was reported from Kamrup Metropolitan district, taking the overall death toll to 6,640. Another 1,347 patients have died due to other reasons since 2020.
A total of 90 patients were cured of the infection in the last 24 hours, taking the total number of recoveries to 7,16,823 people and the discharge rate to 98.74 per cent.
The state now has 1,138 active cases, an increase from 956 the previous day.
Mizoram logs 108 fresh COVID cases
Mizoram’s COVID-19 tally rose to 2,29,609 on Friday as 108 more people tested positive for the infection, 46 less than the previous day, a health official said.
Aizawl district recorded the highest number of new cases at 48, followed by Lunglei (36) and Mamit (11), he said.
The single-day positivity rate rose to 24.11 per cent on Friday from 23 per cent on the previous day as the fresh cases were detected from 448 samples.
The death toll remained unchanged at 706 as no fresh fatality was reported in the last 24 hours, he said.
At least 58 people have recuperated from the disease in the last 24 hours, taking the total number of recoveries to 2,28,406, he said.
Mizoram now has 497 active cases.
43 fresh COVID-19 cases in Arunachal
Arunachal Pradesh’s COVID-19 tally rose to 64,623 on Friday as 43 more people tested positive for the infection, a senior health official said.
There are now 101 active cases in the state, he said.
The northeastern state, which had remained COVID-free for the last couple of months, witnessed a surge in fresh infections since July 1, State Surveillance Officer (SSO) Dr Lobsang Jampa said.
Among the fresh cases, 18 were reported from the Capital Complex Region, 17 from Lohit district, four from Namsai, three from Lower Dibang Valley and one from East Siang, the official said.
Sikkim reports 29 new COVID cases
Sikkim reported 29 fresh COVID-19 cases, raising the tally in the northeastern state to 39,342, an official bulletin said on Friday.
With one more death, the toll mounted to 456, it said.
Sikkim now has 101 active cases, while 38,028 people have recovered from the disease, and 757 others migrated.
East Sikkim registered 25 new cases, followed by South Sikkim (4).
The state has so far tested 3,43,067 samples for COVID-19.
Meanwhile, the Sikkim government has made it mandatory to wear face masks in public places with immediate effect in the wake of rising cases.