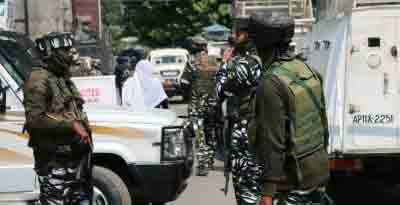 One CRPF Assistant Sub-Inspector (ASI) was killed after terrorists fired upon the troopers at Gangoo in South Kashmir’s Pulwama district, officials said on Sunday.

“Terrorists fired upon Naka party at Gangoo Crossing Pulwama from nearby Apple orchard. In this terror incident oneA CRPF personnel ASI Vinod Kumar got seriously injured. He was shifted to hospital for treatment where he attained martyrdom. Area cordoned off. Search in progress.”

Additional police parties have reached the spot and an operation has been started to nab the attackers.