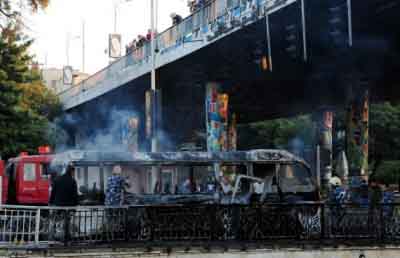 In a report, mandated by the UN Human Rights Council, the office referred to 143,350 civilian deaths that have been individually documented by various sources with detailed information, including at least their full name, date and location of death.

By using statistical estimation techniques, a further 163,537 civilian deaths were estimated to have occurred, bringing the total civilian death toll to 306,887.

The estimate of 306,887 means that on average, every single day, for the past 10 years, 83 civilians suffered violent deaths due to the conflict, the report said.

The extent of civilian casualties in the past 10 years represents a staggering 1.5 per cent of the total population of the Syrian Arab Republic at the beginning of the conflict.

“The conflict-related casualty figures in this report are not simply a set of abstract numbers, but represent individual human beings,” UN High Commissioner for Human Rights Michelle Bachelet said. “The impact of the killing of each of these 306,887 civilians would have had a profound, reverberating impact on the family and community to which they belonged,” Bachelet said.

“And let me be clear: these are the people killed as a direct result of war operations. This does not include the many, many more civilians who died due to the loss of access to healthcare, to food, to clean water and other essential human rights, which remain to be assessed,” Bachelet stressed.

The armed conflict in Syria broke out in 2011 and quickly turned into a full-fledged war. Over the past years, the delegations of the Syrian government and the opposition have held several rounds of peace talks in Geneva, but they have yet to find a solution.