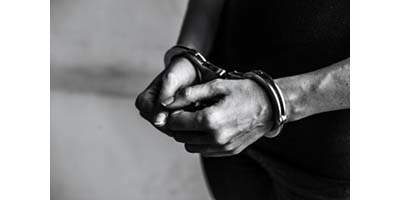 A 22-year-old man was arrested for creating fake Instagram profiles of several girls and threatening them to post their morphed obscene images if they do not make video calls to him, an official said Friday.

The accused, identified as Kapil Kumar, is a cashier by profession in a restaurant at Panipat, Haryana.

Deputy Commissioner of Police (north) Sagar Singh Kalsi said a complaint from a woman was received at Cyber Police Station North District, Delhi alleging that she had been flooded with obscene photos and videos from unknown numbers.

“She further alleged that someone had made two Instagram profiles in her name and many other fake profiles of her female friends. She also alleged that the accused had threatened to post her morphed images if she didn’t make video calls to him,” DCP Kalsi said.

Accordingly, on the basis of complaint, an FIR under sections 419 (Punishment for cheating by personation), 354-D (Stalking) and 506 (Punishment for criminal intimidation) of the Indian Penal Code read with section 67-A of the IT Act was registered and the police began probing the matter.

During investigation, details of the alleged Instagram profiles were obtained by the police from Instagram and on the basis of the same, IP addresses and email IDs used in the registration of alleged profile was ascertained. Further, technical analysis of IP addresses revealed the mobile number and IMEI No. used in the offence which led to fixing of identity of the accused Kapil Kumar.

The police then conducted a raid and apprehended the accused person from Panipat in Haryana.

The official said that on sustained interrogation of the accused, it was revealed that he initially became a friend of the complainant on Instagram platform through a fake profile in the name of a local celebrity. After some chats, the complainant shared her mobile number as well as her photographs under the belief that she was sharing the same with some female celebrity. Later the complainant got suspicious and blocked the accused.