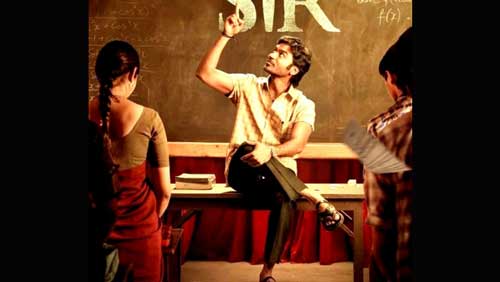 Leading production house Sithara Entertainments and Fortune Four Cinemas together are producing the high budget film on a lavish scale. Written and directed by Venky Atluri, the film features Samyuktha Menon as the female lead.

The film is about making quality education accessible to the poor. Actor Dhanush plays Bala Gangadhar Tilak, a junior lecturer in Tripathi Educational Institute in the film.

Dhanush delivering a punch line in the film, which many believe to be the bottomline of Vaathi. He says, “Education is equal to the offering we place before God in a temple. Distribute it. Don’t sell it like a dish from a five-star hotel.”