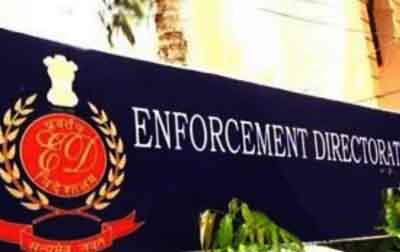 A few firms, including CoinSwitch and CoinDCX dealing in cryptocurrency have been asked by the Enforcement Directorate (ED) to submit some documents in connection with an ongoing case of the Foreign Exchange Management Act (FEMA).

The ED is trying to ascertain whether these firms were involved in foreign exchange violations or not.

According to sources, the ED sent notices to CoinSwitch and CoinDCX, both firms deal into cryptocurrency exchange.

Earlier, Sumit Gupta the founder of CoinDCX was questioned at ED’s Bengaluru office. He was summoned following which he had recorded his statements.

People working as executives and looking after the work in cryptocurrency exchanges firms were also served notices to record their statements.

ED sources said they will scan the transactions of the last three years done by these two firms and their Chartered Accountants (CA) will also be questioned.

CoinDCX said in a statement that as per their understanding, “the ED has sent notices to major exchanges in India seeking information and data on how platforms work. As required, we have shared all necessary information to the satisfaction of the department and no subsequent action is pending at our end”.

CoinSwitch also confirmed that they were sent notices by the ED and they were willing to comply.

“We receive queries from various government agencies. Our approach has always been one of transparency. Crypto is an early-stage industry with a lot of potential and we continuously engage with all stakeholders,” a CoinSwitch spokesperson said.