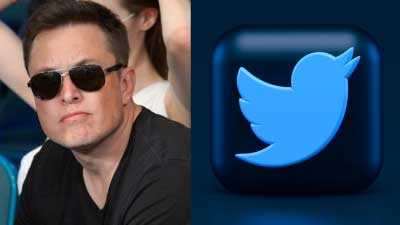 Tech billionaire Elon Musk has filed a countersuit against Twitter as part of an ongoing legal dispute with the microblogging platform over his abandoned $44 billion takeover deal.

However, the lawsuit is not yet accessible to the public and a partially redacted version may be available soon under court rules.

It was not clear why Musk asked the court to keep details of his countersuit confidential when the Tesla and SpaceX CEO had been vocally critical of Twitter on social media and in press interviews in recent months, reports CNBC.

Recently, in a tweet to Musk, a follower wrote that under the SEC Rule 10b-5, Twitter “can be liable for omissions of or misleading material facts. Waiving due diligence does not mean you have to accept a fraudulent disclosure (understated bots)”.

The tech billionaire terminated the $44 Twitter takeover deal because he did not believe what CEO Parag Agrawal told him about the actual number of bots on the platform.

When Musk threatened to scrap the $44 billion Twitter acquisition deal, the micro-blogging platform revealed that it is suspending more than 1 million spam accounts a day.

Meanwhile, the US judge in the Twitter vs Musk legal battle has set October 17 as the beginning date of the high-profile trial.

Judge Kathaleen McCormick in the Delaware Court of Chancery has issued an official schedule, with the high-profile trial starting from October 17-21.

Twitter wanted the trial to begin on October 10, but Musk said he wants it to start a week later, stressing that the extra week of preparation time would be crucial.