Elton John refuses to sell rights to his songs 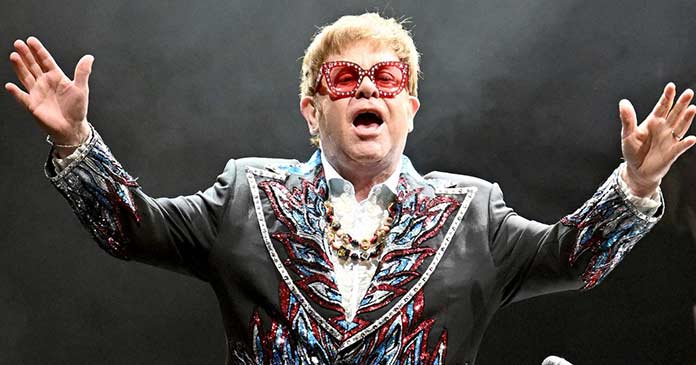 Musician Elton John has turned down “head-spinning” offers to offload his back catalogue. Deciding against following the likes of Bob Dylan and Bruce Springsteen by handing over the rights to some of his biggest hits, the 75-year-old singer says he doesn’t need the money and still “cares passionately” about his songs, reports aceshowbiz.com.
“He cares passionately about his songs, the whole notion of giving up control over that very important part of his life is something he doesn’t want to entertain, at the moment,” Elton’s husband, David Furnish, said.
“Unless you really, genuinely needed the money, why would you get out now? Effectively you are getting out of the game when you sell your publishing. That would be a shame because we’re having so much fun celebrating his catalogue and the opportunities new media offers.” The singer is planning to give up touring next July after over 300 shows and David – who has sons Zachary, 11, and Elijah, nine, with his spouse – insisted Elton isn’t considering a long-term residency stint in one fixed place, though he may still perform some “one-off” shows. He told the i newspaper, “We’re both finding it harder to be away from our children, we spent so much time together in lockdown – it was a blessing and a gift because it deepened the connection we have with our children so profoundly.” (IANS)

That doesn’t rule out a one-off, or going into a different type of venue to do something different to what we’ve done before.”
But the couple haven’t ruled out following ABBA and sending an Elton hologram out on stage.
David – who is CEO of Elton’s Rocket Entertainment group – said: “I’m desperate to see the ‘Abba Voyage’ show. Anything is possible with the technology and 3.0 – we’re going to sit down and have discussions after the tour.”
“Right now you can see the real Elton singing and playing live better than he’s ever done. We don’t want to take the focus away from that.”
Once the tour is over, David and Elton will also take steps to preserve the “Honky Cat” hitmaker’s vast art and record collections, as well as iconic stage outfits.
David said: “Those things need to have the right homes. We have a great relationship with the V A and have contributed to a photography gallery there. Or we could create a permanent Elton museum or a touring show, using the latest technology. It’s all up for grabs.”