Enforcement & education is key rather than airbags, say IRF experts on road safety 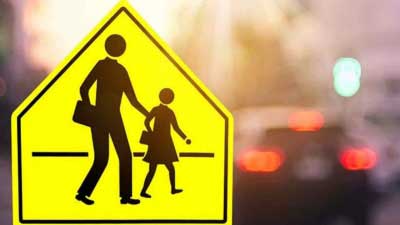 Enforcement and Education is the key rather than the government’s focus on six airbags in the passenger vehicles, said the road safety body International Road Federation (IRF).

In a crash seat belts are primary restraint devices whereas airbags are supplemental support. Several global studies have shown that if an airbag is deployed without having the seat belt on, it can cause severe injuries and even death, said IRF experts.

The data in India shows, more than 70 per cent of the car occupants do not use seat belts in front and 96 per cent do not wear seat belts on the backseat. India continues to grapple with the problem of road safety with the highest number of fatalities in the world, about 1.6 lakh every year.

“Back in 2015, as part of the UN decade of action for Road Safety, we had pledged to reduce the number of road deaths by the year 2020. However, all these years we continued to do piecemeal efforts. Ministry of Road Transport and Highways (MoRTH) data of 2020 shows that, more than 64 per cent of road fatalities happen with the Vulnerable Road Users (VRUs Pedestrians + Bicyclists + 2-Wheelers). The same data also shows that the VRU’s share in the fatalities has been on a constant rise over the past five years. VRU’s share in road fatalities has moved from 47 per cent in 2016 to 49 per cent in 2017, 55 per cent in 2018 and 57 per cent in 2019.” said K K Kapila, President, Emeritus, International Road Federation (IRF) working for better and safer roads worldwide.

“On the contrary, car occupant fatalities have constantly declined, from 18 per cent in 2016 to 13.6 per cent in 2020. In fact, in Delhi, India’s high vehicle density capital, VRU fatalities account for a whopping 89 per cent, while fatalities of car inmates are about 5 per cent. Contrastingly, while cars have been mandated with 10 different safety regulations in the last two years, we hardly have any strong regulatory measures focused to reduce VRU fatalities” he said.

“As per WHO report of 2018, India ranks 3 to 4 (on a scale of 10) on most of the Enforcement parameters like helmets, seat belts, drunken driving, over speeding. This contrasts with a much higher score of 9 to 10 for Enforcement in most of the developed world. Ironically, we benchmark the same countries when we draft the regulations for road safety but ignore them for benchmarking on Enforcement,” said Satish Parakh, President, IRF-India chapter.