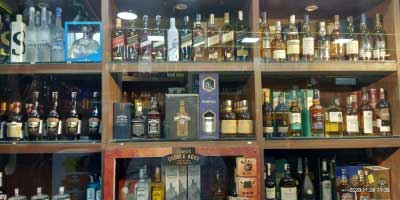 AAP government’s new excise policy 2021-22 that came into force on November 17 last year has drawn severe criticism from the opposition and the industry experts in the national capital for multiple reasons.

Under the new policy, the retail licences were given to private bidders for 849 vends across the city divided into 32 zones. Opposing the policy, the opposition has lodged complaint with the L-G as well as central agencies seeking a probe into it.

Delhi LG Vinai Kumar Saxena has recommended a CBI probe based on the Delhi Chief Secretary’s July 8 report which has flagged “deliberate and gross procedural lapses to provide post tender undue benefits to liquor licensees for the year 2021-2022”.

As the Excise Department is headed by Manish Sisodia, he faces allegations of financial quid pro quo in executing major decisions around the excise policy which reportedly huge financial implications.

He also extended undue financial favours to the liquor licensees much after the tenders had been awarded and thus caused huge losses to the ex-chequer.

The Excise Department reportedly gave a waiver of Rs 144.36 crore to the licencees on the tendered licence fee citing pandemic as an excuse. The excise department under Sisodia revised the formula of calculation of rates of foreign liquor and removed the levy of import pass fee of Rs 50 per case on beer on in its November 8, 2021 order.

The AAP government is also accused of attempting to legalise “these illegal decisions” by getting the nod of cabinet as recently July 14 which is said to be in violation of laid down rules and procedures.

In a press briefing shortly after LG recommended a CBI probe, Delhi Chief Minister Arvind Kejriwal termed the case “false” and said that BJP is afraid of AAP’s expansion.

“The whole case is fabricated. I have known Sisodia for the past 22 years. He is honest. When he became a minister the Delhi government schools were in a poor condition. He worked day and night to bring them to the level where a judge’s child and a rickshaw driver’s child sit together to study,” said CM Kejriwal.

Delhi residents are facing the shortage of liquor of their choice as the capital city is witnessing shortage across various categories at many outlets in the city. Even some premium category whiskies are not available in below one litre quantity at various outlets.

On being asked about the reason behind such shortage, the outlet keepers have one word to say “supply chain problem”. Among many other reasons, one important factor causing shortage is the new policy which has led to the sharp decline in the number of wine shops being operated currently in the market.

“Only around 464 shops are in operation currently in the market whereas the city like Delhi must have around 850 outlets to serve the residents”, said an industry expert on condition of anonymity.

The industry expert says that policy was good, however on ground level, the implementation was not good. “I believe that the Excise policy was and is fundamentally good. It takes a different and progressive look at alcohol sale and consumption befitting a modern metropolis that Delhi is. However, I think that implementation on ground fell short. It was too slow, in patches and unable to break away from historical bureaucratic apathy towards trade. In its concept, the size of zones is too big”, Vinod Giri, Director General of the Confederation of Indian Alcoholic Beverage Companies (CIABC) told IANS.

Giri said that the industry has repeatedly raised the matter of keeping zone sizes small to reduce financial stakes of licensees, improve loss bearing capacity if any, and prevent monopolies. “We also have suggested more simplicity and flexibility in operational issues such as license ownership changes. I am of view that with some tweaking the policy can deliver what it was meant to – positive dividend for all stakeholders”, Giri told IANS.

Addressing a press conference, Lekhi showed documents saying that they “exposed” discrepancies by the government in giving waivers to liquor firms.

She further claimed that in another instance, a company was returned its Rs 30 crore earnest deposit money without following the due procedure.