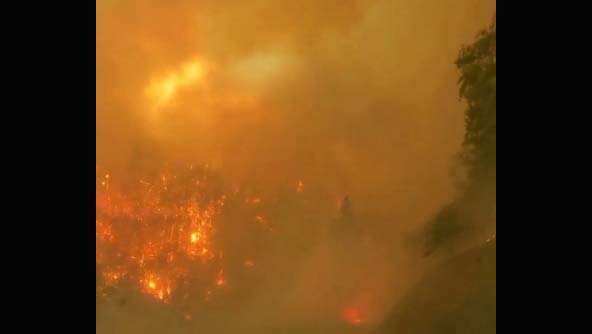 A fast-moving wildfire in California has exploded to over 2,500 acres with zero containment, forcing the evacuation of thousands of people.

The Mill Fire that began on Friday afternoon amid dangerous fire weather has grown to 2,580 acres by Saturday morning in Siskiyou County, according to the California Department of Forestry and Fire Protection.

On Friday night, Governor Gavin Newsom proclaimed a state of emergency for the county to support the response to the rapidly-spreading blaze, reports Xinhua news agency.

In a statement, Newsom said that the state “has secured a Fire Management Assistance Grant from the Federal Emergency Management Agency to help ensure the availability of vital resources to suppress the fire, which has caused civilian injuries and power outages, destroyed homes and forced thousands of residents to evacuate”.

More than 5,000 residents are under mandatory evacuations, reported The Sacramento Bee newspaper .

It was the eighth significant fire to hit the northern extremes of California this summer, including the deadly McKinney Fire, said the newspaper, adding that the blaze has destroyed several homes and sent several residents to hospital.

The McKinney Fire, which has killed four people and scorched over 60,000 acres in Northern California, is the state’s largest wildfire so far this year.

The Siskiyou County Sheriff’s Office said on Facebook that the agency has issued an evacuation order for the area, including the towns of Weed, Lake Shastina and Edgewood.

“Residents are asked to leave immediately. Please use caution as emergency vehicles are assisting with evacuations, structure protection, and fire suppression efforts,” said the Sheriff’s Office, noting that “this incident is rapidly changing and our staff and partners are doing everything they can to get everyone to safety”.