First official tour of ‘ABOUT US’ kicks off in Wokha 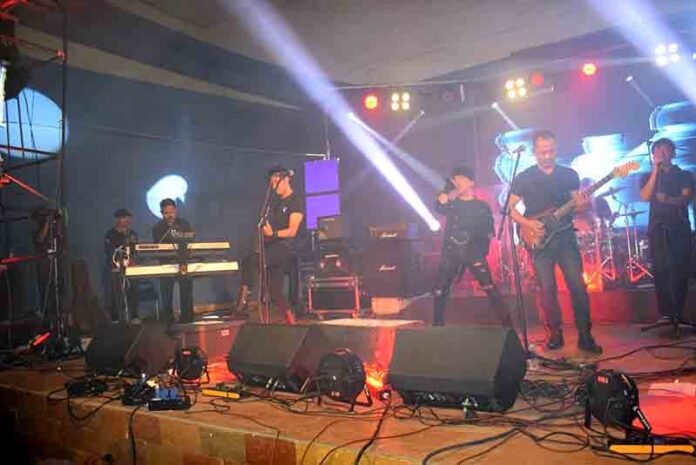 Acoustic Club Wokha organised the first official tour of “ABOUT US” at Tiyi Hall, Wokha on June 3, 2022. The hall was jampacked with both young and old to witness the much-awaited event which was their first promotional tour that kicked off from their native town Wokha.
Senior PS to deputy chief minister, Y. Patton, Hachio Patton was the chief patron and ADC Wokha, Lankonsen T. Tsanglao graced the occasion and the chief host respectively. The bands were also felicitated before the start of the concert.
During the concert, After 20’s, an all-Girls Rock Band from Wokha performed their debut concert and sensational 7 years old guitarist, Giedion Kithan performed as supporting act during the live concert.
The band manager of “About Us”, K. Edward Ngullie informed that the band will be touring Mokokchung on June 21 to perform during the World Music Day and in Dimapur on June 25. Ngullie further informed the fans that the band has recently signed a contract with an Italian based Frontier Records, and they are preparing acoustic version of their originals for their Japan tour, and projects are in progress for the fans.
Around 2000 fans came to witness the first ever live concert in Wokha. An Indian experimental melodic Hard Rock from Nagaland “ABOUT US” was formed in the year 2019. During the concert, the band performed their most popular originals like “Gimme Gimme”, “Loaded Love”, “Right Now” and many more.