Gang-raped and run over by motorbike, woman loses her leg 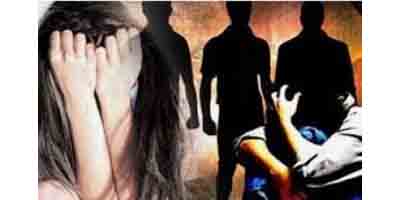 A 30-year-old Dalit woman from Kosi Kalan area has lost her leg, almost two months after she was gang-raped and the accused crushed her leg with a motorbike.

The woman had to undergo surgery to amputate her left leg.

The woman’s family finally lodged a complaint after weeks of rushing her from one hospital to another.

The FIR was registered by the police against the three accused men under IPC sections 376 D (gang-rape), 328 (causing hurt), and 326 (voluntarily causing grievous hurt), along with section 3 (2) (5) (punishment for atrocities) of the SC/ST Act.

The station house officer (SHO) of Kosi Kalan police station, Anuj Kumar, said two of the accused have been arrested, while one still remains ‘unidentified’.

The woman, in her complaint, claimed that on May 24 she was heading to Kosi Kalan from her village to withdraw money from the bank, when one of the accused, who was from her village, offered to give her a lift.

Along the way, he called two of his friends, who then forced her to swallow a drink laced with intoxicants before raping her one by one.

The three accused crushed her legs with a motorcycle and was left near a railway track in Kosi Kalan.

The railway police spotted her in an unconscious state and informed her family.

She was rushed to a government hospital in Kosi Kalan and the doctors then referred her to the Mathura district hospital. She was later moved to another hospital in Agra and then to Haryana where her leg, which had been deeply infected, was amputated.