Germany’s Zverev fails in bid for US Open recovery: Report 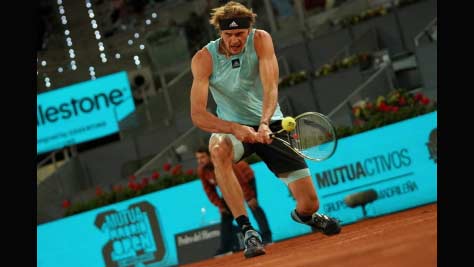 The US Open will take place without German star Alexander Zverev, who has not recovered in time from an ankle injury sustained at the French Open to play in New York, a report said Monday.

Zverev does not yet feel fully fit for the grand slam and will instead make his comeback in the Davis Cup group phase, September 13-18 in his hometown Hamburg, according to the Bild newspaper.

His rehabilitation programme, however, has not quite been completed in time for him to be competitive in a slam.

“If it was a normal tournament, best of three, then I could say perhaps I’m already there,” Zverev said recently. But best of five as the first tournament back is hard.”