How Do They Treat Monkeypox? 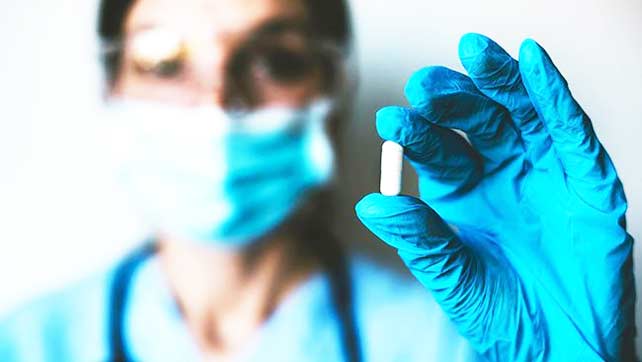 Although many cases of monkeypox resolve on their own, antiviral treatment may be considered for people who are more likely to get severely ill, such as the immunocompromised. The smallpox vaccine can prevent monkeypox disease approximately 85% of the time.
No one has died of monkeypox to date. However, monkeypox can lead to complications like pneumonia or encephalitis, which may be fatal.
How is monkeypox treated?
The FDA has not approved any treatments for monkeypox. However, the Center for Disease Control and Prevention suggests using antiviral medications during an outbreak and for patients who are at high risk of severe illness. Vaccines including Jynneos and ACAM2000 may be used to lessen the severity of the disease. Although there are no specific treatments for monkeypox infection now, outbreaks can be managed with the following measures.
Supportive care
Though most monkeypox patients recover without needing medical attention, those with gastrointestinal symptoms require oral or intravenous rehydration to prevent fluid loss.
Medications to treat pain, fever, and other symptoms may be prescribed as part of supportive care.
Rashes and affected areas should be kept dry if possible or covered with a moist dressing. Patients are advised to avoid touching sores in the mouth or eyes and avoid products containing cortisone when rinsing the mouth or using eye drops.
Antiviral treatment
Tecovirimat: Tecovirimat is the first FDA-approved antiviral treatment for smallpox in adults and children, and it is being considered for the treatment of monkeypox. Tecovirimat works by inhibiting the viral envelope protein, which blocks the final steps of viral maturation and subsequent release from the infected cell, preventing viral spread within the infected host.
Brincidofovir and cidofovir: These disrupt viral multiplication by inhibiting viral DNA polymerase that is involved in virus multiplication. Studies have shown that they could be effective against monkeypox infections. However, research is limited.
Vaccinia vaccine (smallpox vaccine) and vaccinia immune globulin (VIG).
VIG, a hyperimmune globulin, is FDA-authorized as a treatment approach against monkeypox. However, there is limited data regarding the efficacy of VIG against smallpox and monkeypox. Smallpox vaccines could provide limited protection and help progress symptoms.
What is monkeypox?
Monkeypox is a very rare disease caused by infection with the monkeypox virus, typically occurring in Central and West Africa, although cases in the U.S. have been on the rise.
The monkeypox virus belongs to the orthopoxvirus genus, which includes the variola virus that causes smallpox. The first monkeypox epidemic in the U.S. was reported in 2003. People fell ill after coming into contact with infected pet prairie dogs. Historically, most monkeypox cases have occurred after a human came into touch with an infected wild animal or animal product.
The virus enters the body through damaged skin (even if it is not apparent), respiratory tract, or mucus membranes (eyes, nose, or mouth). Symptoms can appear anywhere between 5-21 days after being exposed to the monkeypox virus. What are the signs and symptoms of monkeypox?
Several monkeypox-infected individuals exhibit mild and self-limiting symptoms. However, the prognosis of the infection may be influenced by initial health status, previous vaccination status, and concurrent comorbidities. Therefore, the researchers believe that developing personalized treatments based on an individual’s risk of experiencing severe infection symptoms is the most logical approach.
Symptoms of monkeypox may include: Fever, Chills, Headache, Muscle aches, Backache, Exhaustion, Swollen lymph nodes, Cough or sore throat (sometimes), Runny nose, Rash with blisters. Rash with blisters can appear 1-3 days after or before fever. The rash often begins as flat red patches, progresses to blisters, and finally forms a crust. In some cases, the rash occurs around the mouth, genitals, or anorectal regions. The bumps then go through many phases before falling off. The rash may have the following characteristics:
Fat, discolored bumps (macules)
Raised areas of skin (papules)
Blisters or vesicles
Small pus-filled bumps (pustules)
Dry, crusty bumps (scabs)
Monkeypox often begins with flu-like symptoms with swollen lymph nodes before progressing to a rash on the face and body. The disease normally lasts 2-4 weeks.
Medical Author: Karthik Kumar, MBBS Medical Reviewer: Pallavi Suyog Uttekar, MD

Rio calls for befitting celebration to mark 75 years of independence