How virus infection is linked with progress of brain cancer 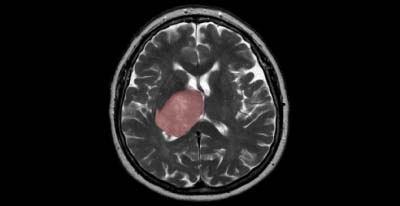 The cancer-causing virus Epstein Barr Virus (EBV) can infect the neuronal cells and drive various changes in biomolecules such as fatty acids, carbohydrates, and protein components, leading to diseases of the central nervous system as well as brain cancer, scientists have found.

The EBV virus has been found to be widely present in the human population. It usually does not cause any harm, but the virus gets reactivated inside the body in some unusual conditions like immunological stress or immunocompetence. This may further lead to various complications like a type of blood cancer called Burkitt’s lymphoma, stomach cancer, and multiple sclerosis.

Earlier, studies provided links of EBV involvement in various neurodegenerative diseases. However, how this virus can affect the cells of the brain and manipulate them is still unexplored.

A research team from IIT Indore utilised the Raman microspectroscopy technique to explore the possible impacts of a cancer-causing virus on brain cells.

The technique based on Raman Effect is a simple, cost-effective tool to find sensitive chemical changes in biological samples.

The study, published in the journal ACS Chemical Neuroscience, showed that there could be timely and gradual changes in various biomolecules in the neuronal cells under viral influence. Additionally, these changes were distinct when compared to the changes observed in other supportive brain cells (that is, astrocyte and microglia).

The team found that some common biomolecular changes were observed at times in these cells.

They observed that the lipid, cholesterol, proline, and glucose molecules increased in the cells under viral influence, and these biomolecular entities could ultimately play pivotal roles in the viral usurpation of cells.

Further, the study also provided insights into whether these biomolecular changes can be correlated to virus-associated impacts and linked to neurological complications.