I haven’t had sex in ages, laments Elon Musk 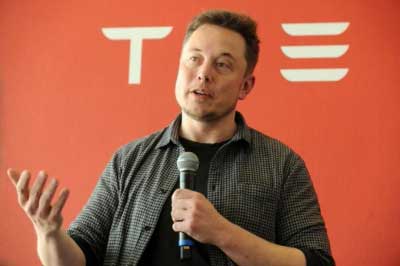 Elon Musk, currently in news for his alleged affair with Google Co-founder Sergey Brin’s wife Nicole Shanahan (which he has vehemently denied), said on Tuesday that he has not had sex in the longest time.

After slamming the media for publishing his alleged brief affair with Brin’s wife, he said: “Haven’t even had sex in ages (sigh)”.

A follower asked, “damn not even on vacation?, to which Musk replied, “Nope”.

Another Musk follower tweeted: “You can make babies without sex”.

The Tesla CEO was responding to a Wall Street Journal (WSJ) report that claimed that “Musk engaged in a brief affair last fall with the wife of Sergey Brin, prompting the Google Co-founder to file for divorce earlier this year and ending the tech billionaires’ long friendship”.

Musk later hit out at the WSJ, asking his more than 102 million social media followers to slam the publication for going ahead with a false story.

He told his followers to “call them out on it”.

His die-hard fan Pranay Pathole asked: “Elon, why do you think these hit pieces and attacks against you have increased in the recent past? Do you think these are all politically motivated hit pieces? Who’s paying for this? It’s really saddening and disheartening to see this nonsense hate against you.”

The Tesla CEO replied: “Mostly just that the media is a click maximising machine and a story involving me gets a lot of clicks.”

PM pays homage to those who lost lives during Partition; Cong slams BJP