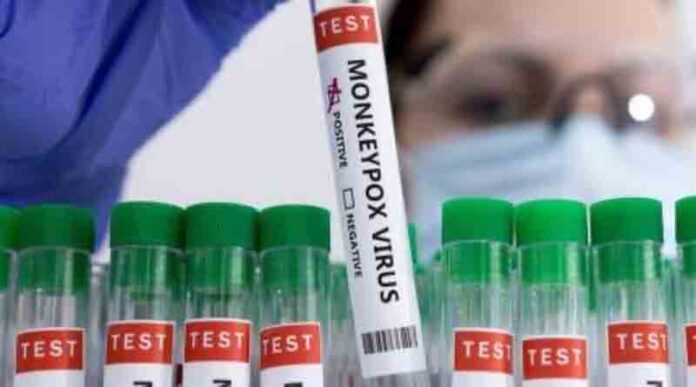 The National Institute of Virology (NIV) in Pune under ICMR has isolated monkeypox virus from the clinical specimen of a patient which can pave the way for development of diagnostic kits and vaccines against the disease, officials said on Wednesday.
With India isolating the virus, the Indian Council of Medical Research also invited expression of interest (EOI) from experienced vaccine manufacturers, pharma companies, research and development institutions and in-vitro diagnostic (IVD) kit manufacturers for joint collaboration in development of vaccine candidate against monkeypox and diagnostic kits for the infection.
The virus isolation enhances India’s capacity to do research and development in many other directions, Dr Pragya Yadav, a senior scientist at NIV, said.
The development comes amid India reporting four cases of monkeypox — three from Kerala and one from Delhi — so far.
“The National Institute of Virology has successfully isolated monkeypox virus from the clinical specimen of a patient which can help in the development of diagnostic kits and also vaccines in future.For smallpox live attenuated vaccine was successful for mass immunisation in the past. Similar approaches on new platforms can be tried for making vaccines.
“The virus isolation enhances India’s capacity to do research and development in many other directions,” Dr Yadav said.
At present, fluid inside the lesions on the skin are being used for virus isolation as they have the highest viral titre.
Dr Yadav said monkeypox virus is an enveloped double-stranded DNA virus having two distinct genetic clades — the central African (Congo Basin) clade and the west African clade.
“The recent outbreak which has affected several countries leading to a worrisome situation is caused by the West African strain which is less severe than Congo lineage reported earlier. The cases reported in India are also of the less severe West African lineage,” she told PTI.
The EOI documents states that ICMR is willing to make available monkeypox Virus strain/isolates for undertaking research and development validation as well as manufacturing activities using characterized isolates of monkeypox virus under the joint collaboration in the public-private partnership mode for development of vaccine candidate against monkeypox disease and diagnostic kits for diagnosis of the infection.
The firm(s)/organisation(s) would be granted rights to undertake further R&D, manufacture, sell, and commercialize the end product(s) ‘vaccine candidate/IVD’ against the Monkeypox disease under defined Agreement,” the document said.
ICMR reserves all the Intellectual Property Rights and Commercialization rights on the Monkeypox virus isolates and its method/ protocols for purification, propagation and characterisation, the EOI document stated.
The World Health Organisation (WHO) on Saturday declared monkeypox a global public health emergency of international concern. Globally, over 16,000 cases of monkeypox have been reported from 75 countries and there have been five deaths so far.
According to WHO, monkeypox is a viral zoonosis – a virus transmitted to humans from animals – with symptoms similar to smallpox although clinically less severe.
Monkeypox typically manifests itself with fever, rash and swollen lymph nodes and may lead to a range of medical complications. It is usually a self-limited disease with symptoms lasting for two to four weeks.
The ‘Guidelines on Management of Monkeypox Disease’ issued by the Centre, stated that human-to-human transmission occurs primarily through large respiratory droplets generally requiring prolonged close contact.
It can also be transmitted through direct contact with body fluids or lesions, and indirect contact with lesion material such as through contaminated clothing or linen of an infected person. Animal-to-human transmission may occur by bite or scratch of infected animals or through bush meat preparation.
The incubation period is usually from six to 13 days and the case fatality rate of monkeypox has historically ranged up to 11 per cent in the general population and higher among children. In recent times, the case fatality rate has been around three to six per cent.
The symptoms include lesions which usually begin within one to three days from the onset of fever, lasting for around two to four weeks and are often described as painful until the healing phase when they become itchy. A notable predilection for palm and soles is characteristic of monkeypox, the guidelines stated.

Want to build a nation where no one goes hungry: Mamata