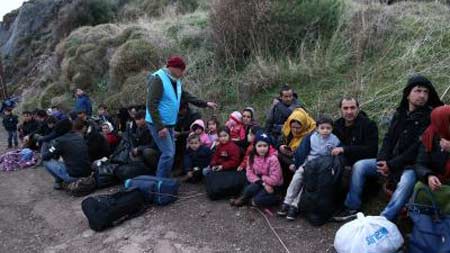 The number of illegal migrants entering the Czech Republic from Slovakia has increased drastically this year, according to figures released by the Ministry of Interior.

An estimated 3,651 illegal migrants were reported in the Czech Republic this year as of August 21, Xinhua news agency quoted the Ministry as saying in a statement on Tuesday.

The number is significantly more than 1,330 in 2021 and far more than in previous years when it was in the low hundreds.

The Ministry said most of the migrants are Syrians transiting through the Czech Republic to enter Germany or Austria as a final destination.

“So far, the numbers have not had an effect on the increase in crime,” Interior Minister Vit Rakusan said at a press conference.

Rakusan hopes to increase cooperation on illegal migration at the level of the European Union (EU), especially focusing on the EU’s external borders.

The Minister also said that Prague plans to add more facilities for detained migrants and raise penalties for human traffickers.

“We want to keep the borders open. But we have to be prepared for all scenarios,” he said, adding that the introduction of border controls on the Czech-Slovak border can be the last resort “in case of extreme development”.

The Czech Republic on Tuesday launched a two-day border control exercise at its border with Slovakia.

At more than 20 rail and road border crossings, police are reintroducing identity checks, even though both countries belong to the Schengen Area, the passport-free zone used by many EU members and some other countries.