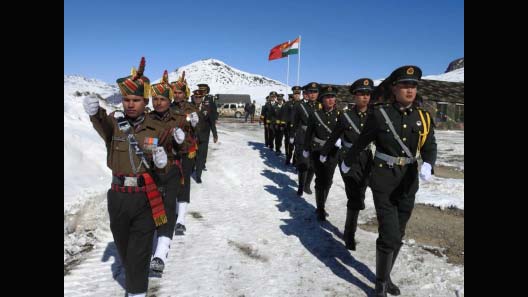 The disengagement of Indian and Chinese troops from the Gogra-Hotsprings area will be completed on Monday.

The disengagement process began on September 8 after the two sides issued a joint statement following a consensus at the 16th round of the India-China Corps Commander-level meeting on July 17.

After successful military talks between the two sides four days ago, Indian and Chinese troops decided to conclude their disengagement process from the Gogra-Hotsprings area at Patrolling Point 15 in eastern Ladakh on Monday.

The talks marked a major progress in the ongoing military standoff between the two countries along the Line of Actual Control.

According to the joint statement, the Indian and Chinese troops in PP-15 are “disengaging in a coordinated and planned manner, which is conducive to peace and tranquility in the border areas.”

Over the weekend, Army Chief General Manoj Pandey conducted a comprehensive review of the overall security situation in eastern Ladakh, even as Indian and Chinese armies began withdrawing from Patrolling Point 15 in the Gogra-Hotsprings area.

The Army said that General Pandey witnessed the mountain strike exercise besides interacting with the officers and soldiers posted in the area. The exercise demonstrated operational capabilities by artillery guns and other major weapon systems.

“General Manoj Pandey visited Ladakh and witnessed the exercise. He was briefed about the operational preparedness by the commanders at the ground level. He interacted with officers and soldiers and appreciated them for their tenacity and professional standards.

While the withdrawal process in the Gogra-Hotsprings area is being seen as a major progress, there has been no progress in resolution of the deadlock in the Demchok and Depsang areas.

On Friday, Foreign Ministry spokesperson Arindam Bagchi said that the process of relaxation at Patrolling Point 15 would be completed by Monday.

“As per the agreement, the disengagement process in the area started at 08.30 a.m. on September 8, and is scheduled be completed by September 12.

Both sides have agreed to prevent further deployment in the region in a phased, coordinated and verified manner, resulting in the withdrawal of troops from both sides to their respective areas,” as per the joint statement.