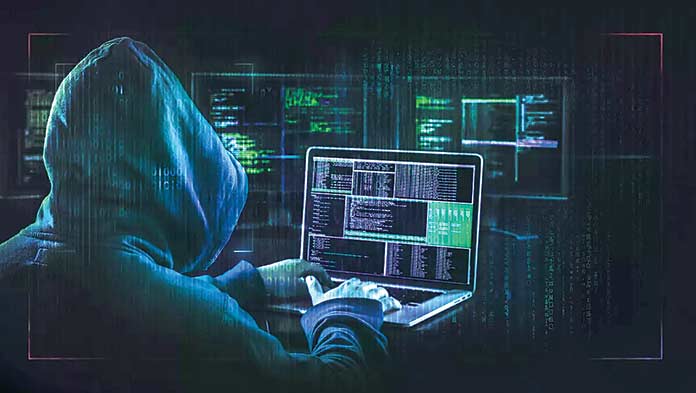 The recent pandemic dealt a devastating blow across the world. Larger economies like the US, China and other European countries have limped back to normalcy or even swiftly rebounded but India continues to reel under the debilitating impact of the pandemic and subsequent lockdowns.
The unemployment rate that is at an all-time high has also led to increase in internet fraudsters or fake “technical support specialists” in India who prey on the old and vulnerable in the US, UK, Australia and other European countries to fleece them of millions of dollars every month.
These fraudsters who pose as Americans in the US with pseudo names generally steer clear off the younger lot because their heavy Indian accent, poor pronunciation and sentence construction get called out. The elderly, on the other hand, are not so tech savvy and gullible. They invariably panic and end up losing thousands of dollars of their hard earned money.
In August this year, police busted two such ‘scam centres’ in New Delhi, two in Gurugram, and one in Hyderabad. The hub of such fraudulent activities appears to be Kolkata. Other cities where scamsters operate out of are Bengaluru, Hyderabad and Pune.
But whenever evil raises its head, there are vigilantes who track them down and expose them. They work round the clock and turn the tables on scammers by deleting thousands of files from their computers, permanently lock their computers, and even redeem gift cards into their own accounts.
Of the handful of scam baiter community, the big daddy of them all is hacker Jim Browning- a name that sends shivers down the spine of internet fraudsters in India. He has single-handedly shut down several scam centres in India and even spooked scammers by calling them out by their real names, telling them the dress they wear and their personal details by hacking into CCTVs and computer cameras.
One of the most recent videos released on September 10 by a Facebook page ‘ Scammers Payback Channel’ run by another popular scam baiter Pierogi reveals two youths from Nagaland who run ‘ Microsoft scam’ from their rooms in Gurugram, Haryana. The duo were confronted by Jim Browning. The following is what was revealed from the call details released by ‘Scammers Payback Channel’ on Facebook.
The call: On the call record that was released on September 10 on Facebook, the video indicated that of the two youngsters from Nagaland who spoke to Jim Browning, Tin Tin (fake name) was the first to receive the call. Barely minutes into the call, Jim tells Tin Tin the computer that he (Tin Tin) has remote access to is a virtual machine he uses to trap scammers. He goes on to tell Tin Tin that he records such calls and releases them on the internet. A few seconds of silence ensues as Tin Tin is dumbfounded as does not seem to understand what had just hit him. Tin Tin, however, denies being a scammer and asks Jim to disconnect the call if he does not trust him.
After a terrified Tin Tin disconnects the call, Jim who still has full access to Tin Tin’s laptop pulls out details of the fake IT Company and Skype identities of three to four “employees,” their exact location, the real name of the company, their modus operandi, and the software they use to scam people.
He also gains access to the list of victims they have been scammed and their personal details.

The second ‘victim’ Jayden: In the second call Jim made to the fake IT Company (in same video), Jim spoke to “Barry” a.k.a Jayden. This time, he decides to challenge every step of the scammer. He asks Jayden how much he gets paid for scamming people and even tells him his boss’ name.
When Jayden refuses to reveal his real identity, Jim calls him out by his real name and tells him he is from Nagaland. He pulls up his COVID travel document issued by the government of Nagaland on the computer screen which contains details like his name, mobile phone number, origin of travel and destination in Nagaland. Like Tin Tin, Barry aka Jayden also disconnected the call.
Post the call, Jim also listened to a call made between Tin Tin and Jayden where they spoke to each other in Nagamese and English. Jim further intercepted a skype chat where their boss instructed them to delete their skype chat history. After this coterie was exposed by Jim, they have been off the radar for some time.

The rich bosses: The boss of such fake IT companies usually “earn” millions of dollars a month while their employees are paid around Rs 20,000 plus incentives. The ring masters of such scam are usually spotted in upscale discotheques and clubs, regularly go on international trips and drive luxury cars.
The ruthless and uncouth scamsters: Scamsters operating in fake call centres are known for hurling expletives and screaming at their victims. They have been recorded mocking old people who suffer from depression and those who have had a surgery or lost a family member.

The modus operandi: Scamsters usually pose as employees of Microsoft or anti-virus providers like Norton. They shoot off error messages/codes onto the desktop of their potential targets informing that the money would be deducted for renewal of an anti-virus subscription or their computers have been compromised by hackers.
When the unsuspecting victims call in, the scammers get remote access to their computers using software like Any Desk, Team Viewer, Supremo etc. They do not renew any subscription or secure the computer but simply show them the “stopped services” screen and tell them their system has been infected with viruses or has been hacked. They then pretend to run diagnostics in the background and charge them anywhere between 200 to 500 dollars for doing absolutely nothing.
The other popular scam is the “Amazon refund scam” where frauds send invoices to potential targets for expensive orders they did not place. When the customers call in, the “agents” offer to cancel the charges and give them a refund. They do so by taking remote access of their mobile phones or computers and making them log into their online banking account.
While typing in the refund in the html script of their bank’s website, they deliberately and slyly add extra zeros and tell the customers they (the customers) have made a mistake and have been refunded more than the actual refund amount. They then ask the victims to return the extra amount in the form of gift cards from Google Play, Target, Walmart etc.
With many youngsters in Nagaland speaking good English with minimum MTI in their accent, frauds from different parts of India may try to lure Naga youths into scamming. It is best advised to always verify such “offers” because a jail term for scamming can have an impact on a person’s overall career.

SourceNPN
Modified date: September 12, 2022
Previous articleOmicron’s main subvariant mutating further, INSACOG rings alarm bells
Next article“A united opposition is our goal. But for me, any alliance is temporary after all it’s a matter of convenience.”