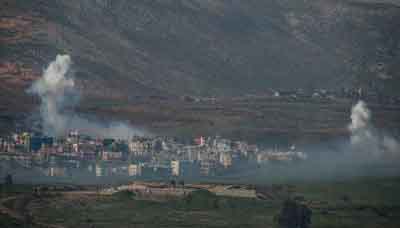 Israel said a drone was intercepted after crossing the border into its airspace, which was believed to be launched by Lebanon’s Hezbollah group.

The Israeli Defense Forces (IDF) said on Monday in a statement that the drone was monitored by IDF air control units throughout the incident, Xinhua news agency reported.

The drone likely belongs to the Hezbollah group, the IDF added.

The statement did not reveal how the drone was brought down as it entered Israeli airspace on Monday.

Hezbollah earlier said it launched three unarmed drones on July 2 on a reconnaissance mission toward the Karish gas field in Eastern Mediterranean, which were all downed by the IDF.

Hezbollah leader Sayyed Hassan Nasrallah said on Wednesday on an occasion to mark the 2006 Lebanon-Israel war that his party will take the necessary military measures to prevent Israel from infringing on Lebanon’s rights.