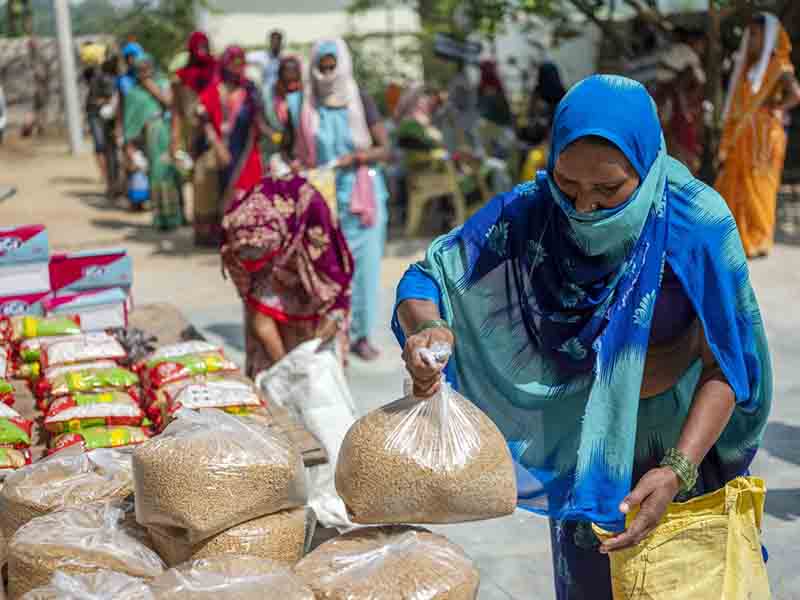 Jharkhand may face shortage of food soon as traders have stopped importing consumable items from other states in protest against the proposed introduction of a market fee by the state government.
The decision to introduce the fee, under the Jharkhand State Agriculture Produce and Livestock Marketing Bill 2022, had received assembly nod in March. It is currently awaiting governor’s approval.
Manoj Kumar, the managing director of Jharkhand State Agriculture Market Board (JSAMB), told PTI, “Once the new rule comes into force, 2% market fee will be realised on non-perishable items and 1% on perishable items.”
Kumar said the rule to impose ‘Krishi Bazar Shulk’ (market fee) had been “put in place by the Centre, and the Jharkhand government has merely adopted it”.
“Different states have different market fee slabs. The fee is aimed at modernising and improving the infrastructure of mandis in the state,” he explained.
Jharkhand has six mandis – one each in Ranchi, Dhanbad, Bokaro, Ramgarh, Jamshedpur and Deoghar.
Trade bodies under the banner of Federation of Jharkhand Chamber of Commerce and Industries (FJCCI) had been protesting against the proposed market fee since April. The traders claimed that the proposed fee will lead to price rise of consumable products, thus adding to the burden of common people.
“We tried to communicate our grievances to the government through various ways. But the government is in no mood to listen. Finally, we decided to stop importing food items, both perishable and non-perishable items, from other states. No trader will go for fresh orders until the government revokes the proposed market fee,” FJCCI president Dheeraj Taneja told PTI.
Jharkhand depends on other states for supply of food items such as rice, pulses, edible oil, potato and onion.
The impact of the disruption will be felt in the state after three-four days, Taneja maintained.
“Right now, wholesalers and retailers have items stocked for three-four days. Some items are still in transit. The state might experience shortage of food items after three-four days,” he said.
The FJCCI president explained that shortage of items might lead to black marketing and exorbitant rise in prices.
“The government will be responsible for all the consequences,” he claimed.
Notably, market fee was applicable on food items sold in Jharkhand mandis prior to 2015. The Raghubar Das-led government had revoked the fee.
Despite repeated efforts, state agriculture minister Badal Patralekh was not available for his comment.