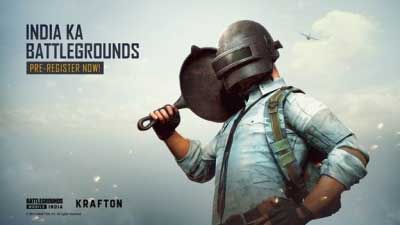 Battlegrounds Mobile India (BGMI) game developer Krafton said on Friday that it is clarifying how Apple and Google app stores removed the BGMI app from their respective app stores in the country.

In a statement to IANS, South Korean video game company Krafton said that they “are clarifying how BGMI was removed from Google Play store and the Apple App store.”

“We will let you know once we get specific information,” the company added.

BGMI is the Indian version of PUBG Mobile, exclusively for players in the country developed and published by Krafton.

The game was released on July 2, 2021 for Android devices, and on August 18, 2021 for iOS devices, after the government had banned PUBG along with several other Chinese apps over national security concerns.

“On receipt of the order, following the established process, we have notified the affected developer and have blocked access to the app that remained available on the Play Store in India,” a Google spokesperson had told IANS.

Apple also removed the app from its App Store after receiving the government order.

Earlier this month, the game developer announced that its BGMI had surpassed 100 million registered users.

It also said that BGMI has completed one year of being the most loved game in India.

“BGMI’s first year has been a resounding success with millions of players joining to experience the game. We have brought in major tournaments, Indian-themed collaborations, and celebrated India-centric events with the community with a goal of curating gameplay unique to our Indian users,” Krafton CEO Changhan Kim had said in a statement.