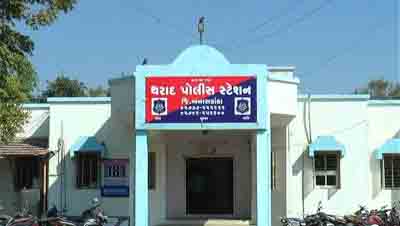 A man from Banaskantha district of Gujarat has complained to the police that his in-laws have kidnapped his wife. Earlier, they had disapproved of their love marriage.

The complainant, Karsanbhai Darji told the IANS that he was engaged to Arti a year ago, later Arti’s father backtracked and wanted to marry her with someone else. So Karsanbhai and Arti decided to marry and on June 25 this year, both tied the knot.

He said, “On Saturday evening, Arti’s relatives led by her uncles Parkhaji Darji, Hiraji Darji and six others entered our house. They then entered our bedroom and at knife-point kidnapped Arti.” While leaving, they beat up the complainant, his parents and other family members and also threatened to kill them and fled away in two cars.

Tharad Police Station Officer told IANS that the complaint was lodged on Saturday night. “Police teams were formed and sent to Dhanera, where bride’s parents had been living for the last 2-3 decades. Their native is in Rajasthan, so if required, a team will be sent to Rajasthan to find out the woman and the accused,” the officer said.