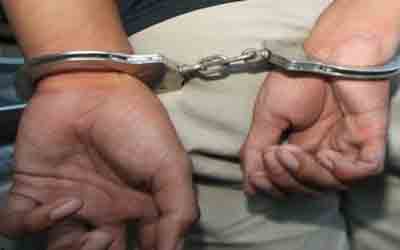 A 32-year-old man, convicted of murdering his own sister and absconding after his parole period, was arrested by the Delhi Police from Hyderabad, an official said on Friday.

The convict was identified as Tuntun Dass, a native of Bihar’s Samastipur.

Deputy Commissioner of Police, Dwarka, M. Harsh Wardhan said a special drive against parole jumpers and criminals at large was started and a team was also constituted for this purpose.

“The team visited Tihar Jail, Hari Nagar and collected the details of relatives and phone numbers of the visitors of the said parole jumper. On information collected from the relatives of Das, the team carried out raids in Samastipur,” he said.

Later, on the basis of technical surveillance. the police team zeroed in that he was in Hyderabad. Accordingly, a Delhi Police team went to Hyderabad and found him there.

“A trap was laid and he was nabbed,” the official said.

During interrogation, Das disclosed that he got parole in 2020 during Covid. He had to surrender in Mandoli jail in February, 2021 but to evade arrest, he went absconding and started residing in Hyderabad.

Subsequently, the accused was arrested and produced before a local court which sent him to transit remand of three days. He was then again produced in the court which ultimately sent him to judicial custody.