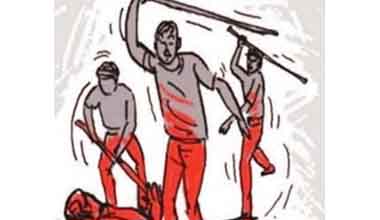 A 32-year-old man was beaten to death in the national capital during a quarrel over car parking, an official said on Tuesday.

The deceased, identified as Rohit, who worked as a bouncer, was killed near the Saket Metro Station in south Delhi.

Deputy Commissioner of Police (DCP) Benita Mary Jaiker said a PCR call was received at Saket Police Station at 2.53 a.m. on Saturday (July 16) stating that an injured person was lying near Gate No. 2, Saket Metro station.

“Immediately the police staff rushed to the spot but found none there. On enquiry, it was revealed that the injured was shifted to Safdarjung hospital where he has succumbed to his injuries,” the DCP said.

Rahul Yadav (friend of the deceased) told police that he along with his friends Ashu Yadav, Amit Jain and Rohit (the deceased) were in a car and while they were parking the car near metro station Gate No. 2, five to six boys, who were standing outside, started quarreling with Rohit on the issue of parking the car. During the scuffle, the boys hit Rohit with bricks and stones.

Accordingly, the police registered a case under section 302 (murder), 308 (Attempt to commit culpable homicide) and 34 (common intention) of the Indian Penal Code and began probing the incident.

During investigation, multiple police teams were constituted that examined hundreds of CCTV footage around the scene of crime and one of the suspects identified as Priyanshu (22) was identified and later apprehended by the police.

The official said during interrogation, accused Priyanshu disclosed that on the fateful day, he along with five more friends was standing near Saket Metro station when four people came and wanted to park their car on the place where they were already standing.

The official further said that the remaining accused are still at large and teams have been deployed to nab them.