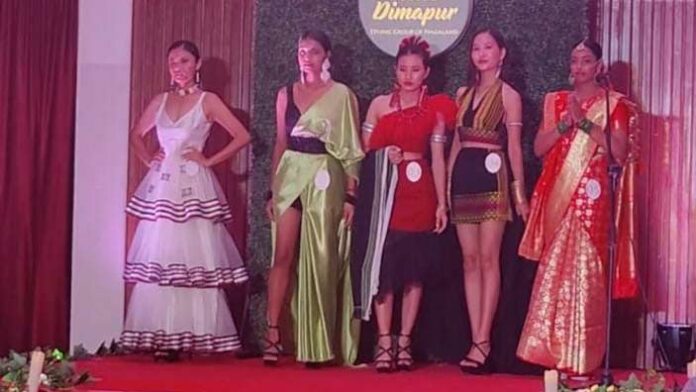 The curtain raiser programme for Miss Dimapur was held on July 30, at Hotel Acacia, with DGP Prison, Rupin Sharma, as special guest.
Addressing the gathering, Sharma stated that Nagaland was a place filled with people who were in love with their cultures and opined that Naga cultural shawls and attires could be used for the economic development of the Nagas. He appealed that Naga uniqueness should not be confined.
Team EGON would be embarking on a journey where the team would be marketing products made by inmates, such as sanitary pads, handicrafts, etc.
Highlights of the programme included announcement of Miss Personality and Miss Talent, which were won by contestant Jine Singh and Lihyeih T Konyak, contestant number 2 and 12 respectively.
During the talent round, the top 5 contestants pre-selected by EGON team showcased their talents. It comprised of indigenous weaving, contemporary and Bollywood dances, martial arts, etc.
In the modern ethnic round, it was judged by president of Nagaland Designers Association, Ruso Rhi. Winners of this round would be announced on the finale of Miss Dimapur.
A three-round fashion show was also conducted where contestants wore fits from Aviiam Multi Clothing Outlet, Ni Hao fashion, followed by EGON selfie round.
Earlier, Imli Lee and Nise Meruno hosted the programme while Watila Subbha delivered words of acknowledgement. Students from Tetso College also presented a special presentation.