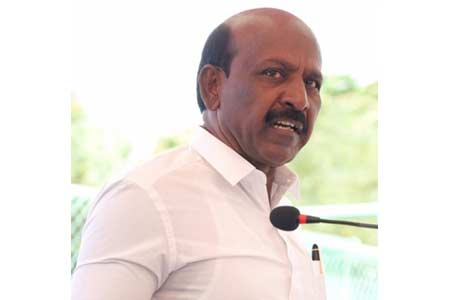 Tamil Nadu Health Minister Ma Subramanian on Wednesday said the state police have slapped the National Security Act (NSA) on the three people who were arrested for harvesting the eggs of a minor girl.

The three arrested include the mother of the minor girl, her (mother’s) paramour, and a broker who was involved in scouting clients for the perpetrators of the crime.

Ma Subramanian while speaking to IANS said, “The three who were arrested from Erode for harvesting the Oocytes of a minor girl are slapped with the National Security Act, which would provide one-year detention and we have also gone for an appeal against the stay granted to the hospitals involved in the egg harvesting.”

The health minister also said that the state will not back out from the plan to shut down the hospitals involved in such a crime.

It may be noted that the incident of Oocytes being illegally harvested from a minor girl had come to light in June and the state government promptly appointed a committee led by the joint director of medical and rural health services, Dr. Viswanathan, to conduct an inquiry into the allegation.

The inquiry committee in its report submitted on July 7 stated that the girl was taken to several hospitals by the mother of the girl, her partner, and a broker, and eggs were harvested regularly from the minor.

After studying the report, the state health minister, Ma Subramanian ordered the closing down of two branches of Sudha hospital in Erode and Salem, Ram Prasad hospital in Perundurai, and Vijaya hospital in Hosur. A hospital in Tirupati in Andhra Pradesh and a hospital at Thiruvananthapuram in Kerala were also involved in the egg extraction from the minor girl and the Tamil Nadu health department has already sent letters to the health ministers of both the states to take necessary action against these hospitals.

Dr. Manonmani, Professor in Gynecology department of a private medical college in Madurai, while speaking to IANS said, “Stringent punishment must be meted out to those involved in the crime. The Tamil Nadu government must shut down the hospitals involved in these illegal medical activities and take measures to close the two hospitals in Kerala and Andhra Pradesh by intimating the governments of the two states and following upon that.”

She also said that the decision of the Tamil Nadu government to slap the NSA Act against the three arrested was a welcome move and that such an action would deter people from further entering such businesses.